Listening to the 'Other'

I am a refugee. 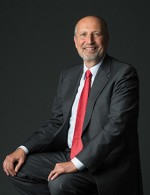 That is not a symbolic statement of solidarity but rather the plain, unvarnished reality for my family and me.

We left the country of my birth to escape an oppressive government led by an authoritarian nationalist leader who, propped up by support from the Soviet Union, abridged human rights, severely limited freedom of the press, and exploited resentment of various ethnic groups. For us, the United States was a beacon of hope, with the Voice of America radio broadcasts a window into the promised land.

Our initial status in the United States was that of stateless refugees. I have always been grateful for the enormous sacrifices my parents made so that their children had the promise of a better life, and our lives are infinitely better for having been accepted into the United States. Although our migration occurred more than 50 years ago, the memory of arriving at Boston's Logan Airport remains fresh. A few years later, I was attending a public school in Los Angeles where 84 languages were spoken. I was home.

Mine is in many ways the classic American story, replicated each generation by waves of immigration with only the geography of the originating countries shifting. The Statue of Liberty stands as an icon of welcome to “your tired, your poor, your huddled masses yearning to breathe free.”

But there is an underside to this American story: tragic episodes of prejudice and xenophobia that have sought to slam the door in the face of would-be citizens. At various points in the last 150 years, there have been appalling efforts to stop immigrants based on their nationality, race, or religion among them Chinese, Jews, Italians, Irish, and Greeks. On a recent trip to California, my wife and I made a poignant visit to the site of Manzanar, the camp in the harsh country of the Eastern Sierra where thousands of Japanese-Americans were confined, essentially imprisoned, for much of World War II. TSadly, we have entered a period where this darker side of American history has emerged yet again.

How does this pertain to the arts? Even the most superficial exploration of the arts in the United States in the last hundred years turns up the presence of immigrant artists who have helped to define not only the arts in America but also aspects of the complex American identity. It's hard to imagine what chamber music in America would be without the presence of such émigrés as Rudolf Serkin, Adolf Busch, the Budapest Quartet, and countless other musicians fleeing tyranny and persecution in the 1930s. It was a Mexican dancer and choreographer named José Limón who became a central figure in American modern dance and a founding teacher in the first years of the Juilliard Dance Division. And a German-born actress named Uta Hagen not only originated the role of Martha in Edward Albee's Who's Afraid of Virginia Woolf but became a formidably influential pedagogue of acting. The list of important émigré and refugee artists would fill an entire library or two.

Beyond the rich history of these individuals, there is another fundamental issue. The rhetoric of hate and exclusion depends on demonizing the “other,” one of the ugliest of all human impulses. When we see someone different from ourselves in their culture, race, appearance, language, there can be a temptation to blame them for our misfortunes or shortcomings. One of the key roles that the arts play in our lives is to give voice to those whose stories exist outside our own worldview, to allow us to experience being in their shoes. That encounter is the essential first step toward understanding. It is a multiplicity of individual voices that creates counterpoint. The texture becomes richer, the possibilities greater.

We are in a time where there is real urgency for artists to embrace and to reinforce this multiplicity of voices. The arts are an enduring forum for getting at the truth. Think about Sophocles writing some 2,500 years ago about the poisonous effects of the abuse of power with the inevitable blindness and moral corruption that accompany it. We live in a moment when the idea of truth itself is twisted into a funhouse mirror of cynicism and deception. We have the obligation to respond both at the smallest personal level and on a larger collective level. Counter the worst impulses of human nature by exercising the best impulses in each of us. So extend a kindness to someone who is very different than you, even with a gesture as simple but powerful as offering someone your seat on the subway. You have a stage; people watch and listen. Practice your artistry with greater clarity and a renewed sense of purpose. Dedicate your work to speaking truth and to a generous embrace of “the other.” It will make a difference.