The Latest on Faculty, Staff, and Students
October 2013

Edward Bilous (MM ’80, DMA ’84, composition) will compose an original score for Sacred, a film that explores religious life throughout the world. The film, which is being produced by WLIW21, is scheduled to premiere in 2015 at Radio City Music Hall and at the Israel Museum in Jerusalem.

In July and August, Lawrence Rhodes, the artistic director of the Dance Division, had a five-week teaching assignment with the Lyon (France) Opera Ballet.

Voice faculty member Edith Wiens is scheduled to receive an honorary doctorate from the University of Saskatoon (Saskatchewan) this month. In November, she is scheduled to  adjudicate the first Beijing International Voice Competition. 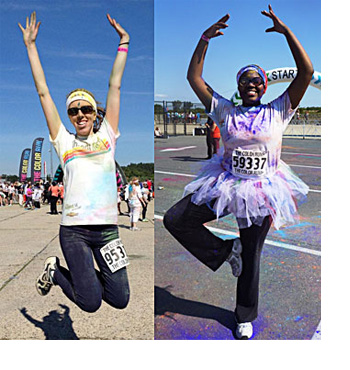 Katherine Howell, administrative assistant in the Office of Career Services, is the soloist on I Cried Out to the Lord, a collection of Dmitry Bortniansky’s sacred concertos (Naxos). In August, Howell played Ottavia in dell’Arte Opera Ensemble’s production of Monteverdi’s L’incoronazione di Poppea. She will also sing with the National Chorale at Avery Fisher Hall during its 2013-14 season, which includes concerts on November 15, December 16, March 14, and April 14.

In August, Jennifer Wilcox, the electrics shop supervisor, was the production manager for the New York International Fringe Festival. Wilcox is also the managing director of theater company Playlab NYC, which in August produced Blizzard ’67, about the 1967 Chicago blizzard, at New York City’s Robert Moss Theater. She was also the lighting designer for the production.

Jazz students Braxton Cooke, Lukas Gabric, and Dean Tsur were among 14 semifinalists in the Thelonious Monk International Jazz Competition. In addition to recognition by the panel of judges, the winner of the competition will receive a $25,000 music scholarship and a recording contract with Concord Music. 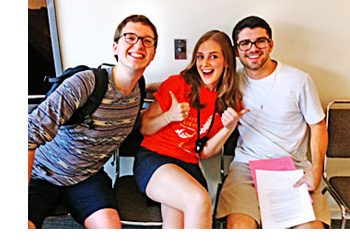 Doctoral collaborative piano student Dan Kurland (MM ’13) spent the summer as an assistant coach in the young artists program at the Glimmerglass Festival, where he worked on Camelot and Verdi’s Un giorno di regno in a new English translation, called King for a Day.

This summer, Orchestra Iowa announced that third-year violinist Luke Witchger will be its new concertmaster.