London native Michael Musgrave started playing piano by ear at the age of 4—from the radio, records, and music in church—soon becoming fluent at playing and improvising. “I was consumed by music as I still am,” he said. He earned degrees in piano at the Royal College of Music and organ at the Royal College of Organists, plus his bachelor’s and doctoral degrees and a certificate of music teaching from the University of London. Michael has also taught at the University of London Goldsmiths’ College, King’s College, and Royal Holloway College. He came to Juilliard in 2004 and now teaches the graduate courses Brahms in the Mirror of the Sources, Schumann at Work, and Scholarly Editing of Music. 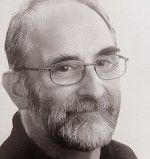 How do you teach someone to compose?
I think that you can only teach the more mechanical aspects of composition through the meaningful analysis of the models you feel drawn to. I greatly admire Schoenberg’s teaching texts for showing how a piece can grow organically within a clear structural framework. Schoenberg, like Brahms, knew the works of the inherited tradition backwards and forwards and made his students follow them (he happened to like retrogrades too, as it happens!). But, of course, this is very limited unless you have living musical ideas and a natural sense of their continuity.

Who was the teacher or mentor who most inspired you when you were growing up?
No one person while growing up. My mentors were the music and its performers—mainly on records. My rather Puritan upbringing disapproved of music as a profession—and certainly had little idea of music as a serious artistic or professional commitment. Music was for church and home, a God-given gift to be shared with the community without profit. But from the standpoint of my subsequent career in musicology, I had a definite mentor: F. W. Sternfeld, with whom I studied privately in London and at Oxford. He taught me above all the importance to one’s studies of sources: not just manuscripts and first printed editions, but the whole world in which a work came about. That’s probably why I became a collector: the desire to be surrounded by the values that created things—and not some subsequent theorizing from a present-day standpoint.

What was the first recording that you remember hearing or buying?
In my childhood it was 78s and radio. LPs came later. My parents had quite a few 78s —the most popular classical works and performers. I remember Kathleen Ferrier singing “Che farò?” from Gluck’s Orfeo (in English of course), the Water Music in Hamilton Harty’s modern scoring (which I still enjoy) especially. We also listened to records at school in the lunch hour, which included Brahms. But LPs were so much better. The most important was Lipatti’s recording of the Schumann Piano Concerto. I’d heard it on the radio and wanted a recording by someone well known. I’d never heard of Lipatti—I thought Dinu was a girl’s name; I went for the conductor and orchestra—Karajan and the Philharmonia. Of course, when I played it, that was the beginning of the rest of my musical life. Such artistry! I also revered Guido Cantelli’s recordings of the Brahms First and Third Symphonies with the same orchestra—and Dennis Brain on first horn, another unforgettable artist.

What’s the most embarrassing moment you’ve had as a performer?
I was taking a congregational hymn rehearsal for a broadcast (the following week) of the morning service from the church where I was organist and choirmaster when the organ failed totally (the motor had burned out). The BBC wanted me to use a Hammond, which I’d never played—and I hated the idea of it because it’s electric. The broadcast was postponed. But I’m still haunted by the thought of how I would have coped had this happened the following week live. Of course, the organist is always expected to maintain as well as play the organ—and preferably not be seen, either. The life of the organist has certainly changed less than that of any other musician over the years.

What’s been the biggest change in your students and/or your teaching since you started?
Well, obviously computers in the classroom. I get used to receiving confirmation—and sometimes corrections—of my statements after a few minutes from a quiet member of the class surfing the databases. I’m struck by how much desire for knowledge my students have, and wish to respond. But then, as it says on the website, Juilliard students are different.

What are your nonmusic interests or hobbies?
Very little not connected with music. But I’ve been devoting spare moments of recent years to researching family history. I’ve got the Musgraves of my line back to the 1500s.

What would people be surprised to know about you?
Perhaps that I was once a very keen cyclist. As a student at the Royal College of Music I cycled with a friend from London to San Sebastian, Spain. We crossed the Channel from Newhaven to Dieppe (the worst part of the trip) then picked up the N10 down through France, staying at youth hostels. Then back. From my present pedestrian perspective I just can’t imagine how we did it—but we did and were very happy.

What are you reading or listening to?
Virtually all my reading and viewing is concerned with music—all aspects of history and aesthetics etc.; and DVDs and videos (if I can find them) of great pianists and conductors. But my interest in the social history of music extends to general history, particularly British history. I’ve been reading David Kynaston’s series on postwar Britain, currently Family Britain 1951-57. It’s so revealing to get a broad and informed perspective on the events of one’s own lifetime. I also have great weakness for old movies. My wife and I frequent New York’s art-house cinemas with great pleasure as often as we can.

If you weren’t in the career you are in, what would you be doing?
I can’t think of anything else I would want to do.