It's no news to Journal readers that Richard Wagner (1813-83) is, to say the least, both a brilliant composer and an extremely polarizing figure. This being his bicentennial, we're presenting two views of the man and his career, one by a faculty member and Wagner scholar, the other, here, by a student. 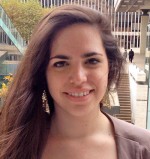 Different people can experience different feelings when they hear the same music. Like many Israelis, I associate Wagner’s music with World War II and the Nazis, specifically, Hitler. Though Wagner died six years before Hitler was even born, he was Hitler’s favorite composer and his music was used as a backdrop to a lot of Nazi events. That and Wagner’s stated anti-Semitism are the main reasons that Israel has informally banned Wagner’s music from its concert stages and radio waves since the 1930s.

Of course this banning raises a lot of complicated and controversial questions. Should we ban someone’s music based on his personal life or political opinions? Should we encourage the performance of Wagner’s music for the professional purpose of enlarging a musician’s musical knowledge and virtuosity? There are several sides to this argument.

Wagner was an avowed anti-Semite—in his essay “Judaism in Music” he wrote about the Jews’ lack of musicality and tried to prove that they had no talent. And his outspoken German nationalism also endeared him to the Nazi party. But many people believe that Wagner would not have wanted to be co-opted by the Nazis. As Peter Viereck wrote in Metapolitics: From Wagner and the German Romantics to Hitler (Transaction Publishers, 2009), “His racist and national-socialist goals were to come not through force nor through any material institution but through art and music.” After the fall of the Third Reich, many musicians tried to recover Wagner’s image and remove the bad connotations from his music, focusing instead on his genius. They succeeded, for the most part, because people preferred to enjoy his music than resent it. But for Israel, so strongly identified with the horrors of the Holocaust, it seemed untenable to allow this music to be heard when it represented everything that so many of its citizens tried to escape from.

Still, while many Israelis believed banning Wagner’s music was necessary, others disagreed, feeling that the composer had changed our conception about the structure of opera, harmony, and tonality, and that it is so innovative and revolutionary that to perform it is a virtuosic feat. Those who are opposed to banning it believe it is a loss for any musician to ignore music that is such an important part of the classical music repertoire, and that we should separate a composer’s personal life, hobbies, and political opinions from his art. We know many genius composers who had a lot of personal issues, but we still listen to their creations, even though not everyone agrees with how they chose to live their lives. As Edward W. Said wrote in “Barenboim and the Wagner Taboo,” which appeared in Parallels and Paradoxes: Explorations in Music and Society, a series of essays he wrote with Daniel Barenboim, “how many writers, musicians, poets, painters would remain before the public if their art was judged by their moral behavior?” The art should stand by itself even though there is someone behind it. (Said, who died in 2003, was a Palestinian-American, Barenboim is an Argentina-born Israeli Jew; the two were close friends and the book grew out of talks they gave together at Carnegie Hall.)

Barenboim, who has spoken of how he deplored Wagner’s politics but opposed banning his work, proposed including Wagner in an Israel Festival program, but was asked not to. Prior to the second encore, he invited the audience to debate whether a scene from Tristan und Isolde should be performed and after a lively discussion, invited those who didn’t want to hear it to leave—and then played the piece. As Said wrote in Le Monde about the controversy, “music for the most part is transnational; it goes beyond the boundaries of a nation or a nationality and language.” Barenboim felt Israelis should separate the work from the man and focus on the quality of his music, which includes many masterpieces.

Growing up in Israel, I never got to play Wagner’s music. And in fact, I didn’t feel the need to play Wagner or listen to his music or learn about his life. When I think about my grandparents and my friends’ grandparents listening to Wagner’s music while being in life-threatening situations, I can’t ignore that fact that this music is exactly the same as it was in the Holocaust, and there is something very heartbreaking about that. It felt like playing Wagner’s music would be betraying my country and disregarding the many people from my nation that died or experienced trauma. But should I really feel like that? If I play or listen to Wagner’s music, does that mean that I think like him, or agree with his opinions?

I chose this topic to research and write about for a Liberal Arts writing seminar because even though I lived with it for many years, I had never formed my own opinion. And now, having read many books about the topic, I still feel what I felt as I was growing up, but I have a different perspective. After coming to the U.S., I realized that I can’t keep myself in the bubble of Israel. Not playing Wagner and not knowing any of his pieces created a gap in my musical knowledge, which became a huge disadvantage for me. I don’t want to ignore Wagner, even if I don’t agree with him. Listening to someone’s music doesn’t make me like them; it just means that I've heard what they had to say. When it comes to playing his music on the Israeli concert stage, it’s trickier because many in the audience are Holocaust survivors, but even when they are gone, I believe it will still be the same. Many other people share the opinions and emotions of the survivors, and the national ideas and morals won’t die with them.

Does Wagner’s music represent something a lot bigger than individual pieces or operas? Can it be separated from an era and an agenda that killed millions of people? Or must we separate the music and the agenda, and not judge someone’s music according to his personal life? Can we recognize someone’s musical genius while keeping in mind that, unfortunately, music can be hijacked to speak for things that have nothing to do with music? Can music be used to unite people rather than separate them?

This article was adapted from a paper written for a Liberal Arts writing seminar.