Arcadia, often considered Tom Stoppard’s greatest play, takes place on an English estate in two distinct time periods, 1809- 1812 and the present. Two contemporary British scholars (Hannah and Bernard) who are researching the estate gradually uncover the truth of the past residents’ lives. In the earlier period, Thomasina Coverly is a precocious teen receiving lessons from Septimus, her 22-year-old tutor. As a whole, the play explores themes of intellectual and sexual hunger, order and disorder, and the passage of time and how we try to reconcile ourselves to the losses that come with it. From December 16 to 20, the fourth-year drama students will present the play in a production helmed by veteran Juilliard director Lila Neugebauer (pictured). Shana Komitee, a Drama Division faculty member and dramaturg on the production, sat down to talk with Neugebauer shortly before rehearsals began. 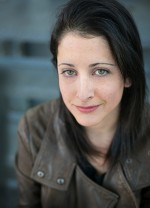 What was your first impression of Arcadia and has it changed now that you’re directing it?

I first read Arcadia as a student, and I’ll confess that I remember not feeling all that connected to it. It’s such a cherished play—canonized, revered—and I definitely approached it with skepticism (which maybe says more about me than about the play). Oh, he’s too clever, I probably thought, or too preoccupied with his own cleverness. Revisiting the play, I’m delighted and humbled to recognize that of course Stoppard is fabulously clever—his magnificent wit is singular—but that he’s wisest about what he doesn’t know. He’s interested in unanswerable questions. How do we know what we know? Where does the heat go—in the universe (per the second law of thermodynamics) and in a relationship? How do we live with loss? I’m struck by the vast humanity, heartbreak, and loss in this play. And above all, by the scope of Stoppard’s curiosity.

Arcadia contains a universe of ideas, but is there one theme that hits you most immediately?

The irreconcilable losses that define being human—loss of innocence, childhood, ideas, discoveries, great works of literature, people; love. The play is about time and how we survive it. It’s about the desire for knowledge—intellectually and carnally speaking—that keeps us spinning forward. Our vast hunger to know, to consume, to solve the equations and answer the questions before we run out of time. For me, the play vibrates off Hannah’s notion “It’s the wanting to know that makes us matter.”

The play is so dense with concepts: mathematical, scientific, metaphysical. But it also contains a lot of romance. Can you say more about the connection between intellect and sex in the play?

What do you expect to be most exciting about directing Juilliard’s actors in the play? What may be a challenge for them?

This play requires enormous stamina, verbal dexterity, and intellectual appetite. But there’s a risk of losing yourself in/to the ideas. Theory is not a pretext for private feelings in this play; ideas are true passions for these characters—but the intellectual investigations are also wildly personal. The heart and the head and the libido are always at play—it’s never just one. Our task is to activate them all.

Are there any other quotes that have helped you organize your thoughts about the play?

Hannah’s thought about “wanting to know” concludes: “Better to struggle on knowing that failure is final.” I think of this alongside Septimus’s speech: “We shed as we pick up, like travelers who must carry everything in their arms, and what we let fall will be picked up by those behind. The procession is very long and life is very short. We die on the march. But there is nothing outside the march so nothing can be lost to it.” We may never reconcile ourselves to the losses that come with the passage of time. But that struggle is at the heart of our humanity.