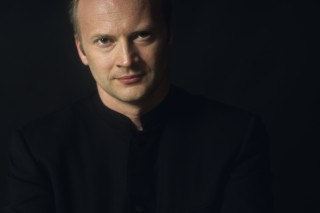 This profile is adapted from one that appeared a year ago, when Noseda was named Musical America’s Conductor of the Year, and appears with the permission of Musical America. Ed. note: It was announced in January that Noseda would become the music director of the National Symphony starting with the 2017-18 sseason.

Being present for Gianandrea Noseda’s Mariinsky Theatre debut in 1997 is an experience I will not forget. Times were tough in Russia economically, and foreign artists almost never appeared at the theater in St. Petersburg (and remain rare today). So it was a remarkable occasion when a fiery young Italian showed up one February evening and conducted a highly charged performance of Le nozze di Figaro. I was not the only one impressed. By the end of the year the theater’s director, Valery Gergiev, named Noseda principal guest conductor.

“The St. Petersburg experience was great—living there, learning the language, going to market. It had a big impact on my music making,” Noseda said in an interview. “I started conducting quite late—I was 27 when I had my first lesson.” He first met Gergiev in 1993 as a participant in master classes in Siena. The experience brought a bonus when Gergiev sent his own teacher, the legendary Ilya Musin, then 90, to take the initial sessions. “Musin was incredible. I learned how to use gestures to create sounds. Conducting technique is easy to learn, but it takes a lifetime to be a real conductor.”

Noseda’s association with Gergiev opened doors. Noseda made his U.S. debut in 1998, succeeding Gergiev for several performances of Prokofiev’s Betrothal in a Monastery at the San Francisco Opera. His Metropolitan Opera debut followed in 2002 under similar circumstances in Prokofiev’s War and Peace. Since then he has led other operas there in highly praised performances, including last season’s Prince Igor. Also in 2002 he began a decade at the helm of the BBC Philharmonic in Manchester, of which he is now conductor laureate.

“In each of my posts I have felt like a pioneer facing new challenges. In St. Petersburg it was the plunge into Russian repertoire. Manchester had a heavy recording schedule— every concert was broadcast or televised. We’ve made nearly 40 recordings for Chandos,” he said, several of which feature 20th-century Italians. “It’s part of my duty to bring this music to the public. I also learned in Manchester to be more efficient—to get the best result with few rehearsals.”

Noseda was born in Milan in 1964. “My father was an amateur chorus master, so music was in the family. We had an upright piano, and I began to form my tastes about music. One day I thought, ‘Why not learn to read music?’ Progress was quick because I didn’t find the piano difficult. Now I do! As a pianist, I favored German masters—Bach, Mozart, Beethoven, Schubert, Schumann, Brahms.” He studied piano and composition at the Milan Conservatory and continued there for his conducting studies.

Noseda speculates that his artistic personality partakes of “German richness and precision, the Russian dark sound and storytelling ability, and the spirit and cantabile of Italianità. The dark sound can be very helpful in Italian opera.” Noseda is also respectful of an orchestra’s tradition—the German heritage of the Pittsburgh Symphony, for example, of which he is Victor de Sabata guest conductor, or the “eclectic” nature of the Israel Philharmonic, of which he is principal guest conductor. The latter is “made up of Jewish people from all over the world, and its official language is Russian!” He has guest conducted many of the world’s great orchestras. No single performance will lift a conductor into the top ranks, but Noseda scored a decisive triumph in October 2011 when he led the London Symphony Orchestra and Chorus in Britten’s War Requiem at Lincoln Center, prompting Alex Ross to write in The New Yorker, “Noseda marshaled the finest War Requiem I have heard.”​

Meanwhile, back in Italy, Noseda became artistic director in 2001 of the Stresa Festival, idyllically situated on Lake Maggiore in Northern Italy. And a new chapter of his career began in 2007, when he became music director of the Teatro Regio Torino, which he has brought into the ranks of leading opera houses. He built up the orchestra, brought in talented new singers, improved the conductor roster, attracted top directors, led the company in recordings for Deutsche Grammophon, saw an increase in the number of performances and box-office revenues, and took the company on international tours, including a four-city North American initiative in 2014 that showcased Rossini’s challenging final opera, William Tell. Anthony Tommasini wrote in The New York Times that the Carnegie Hall stop on that tour was one of New York’s “operatic highlights of recent years.”

A year later, Noseda remains busy in Turin and guest conducting worldwide. This past summer he received rave reviews for his Salzburg Festival debut, conducting Il Trovatore, and his debut with the Berlin Philharmonic. He wants to keep a roughly even balance between opera and symphonic engagements, but with a slightly greater emphasis of the latter—and Juilliard is the beneficiary of that.