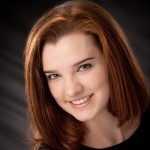 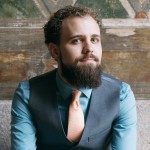 ♦ In February, Kenny Barron worked with jazz students during a weeklong residency at Michigan State University. The week culminated in a concert with the university’s jazz octets and faculty members. His trio’s new recording, Book of Intuition, is out on Impulse.

In March, Phoebe Carrai and Robert Mealy joined Kenneth Slowik to play and record Haydn piano trios at the Smithsonian.

In November, Wynton Marsalis (’81, trumpet) performed at A Night of a Million Possibilities, a gala to celebrate the success of the Pittsburgh Promise, which provides college scholarships to children throughout the region.

In March, Tali Roth (MM ’93, guitar) performed music by Albéniz, Brahms, Chopin, Piazzolla, and others in a recital at the Rosen Theater of the Y in Wayne, N.J.

♦Joel Sachs will perform Brahms’s Piano Concerto No. 2 with the New York Repertory Orchestra on May 14 at the Church of St. Mary the Virgin.

Dean and Provost Ara Guzelimian will be one of the jurors in the Gustav Mahler Conducting Competition, which takes place this month. Other jurors include Barbara Hannigan, Neville Mariner, Jörg Widmann (Advanced Certificate ’95, clarinet), and David Zinman.

James Houghton, director of the Drama Division, is receiving a lifetime achievement Lucille Lortel Award on May 1 for his work as the founding artistic director of the Signature Theatre.

Ira Rosenblum (MM ’76, piano), director of publications, sang with the Congregation Beit Simchat Torah Community Chorus at a ceremony on April 3 to dedicate the synagogue’s new home in Chelsea. Among the dignitaries in attendance were Mayor Bill de Blasio, Senator Chuck Schumer, and Congressman Jerrold Nadler.

In March, master’s student Robert Fleitz (Pre-College ’11; BM ’15, piano) performed at the annual gala at the Harrison School for the Arts in Lakeland, Fla., of which he is an alumnus.

♦ Master’s pianist Joseph Mohan (BM ’14, piano) will play for a Mother’s Day concert on May 7 at Calvary United Methodist Church in Dumont, N.J. A portion of the proceeds will benefit the Center for Hope and Safety, which assists victims of domestic violence.

Second-year violist Lisa Sung won the Rotary Club of Rushen and Western Mann Prize in the Lionel Tertis International Viola Competition, which was held in March on the Isle of Man.