Conductor, arranger, and administrator Virginia Allen has been appointed associate dean for administration at Juilliard. In her new position, which became effective in January, Ms. Allen will work closely with Juilliard’s provost and dean, Ara Guzelimian, as well as with staff and faculty members from the School’s Dance, Drama, and Music divisions. She will play an important role in the planning, budgeting, and implementation of policies and procedures that are handled by the Dean’s Office. 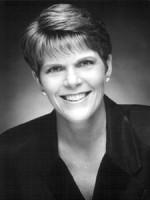 “I am absolutely delighted that Ginny is joining—or perhaps I should say rejoining—us at Juilliard,” Mr. Guzelimian said when the appointment was announced. “She brings a very great breadth of experience as an educator, an administrator, and a performing musician. She will be a wonderful presence here, working with the faculty, students, and administrative staff.”

An experienced conductor, arranger, performer, educator, and administrator, Ms. Allen is no stranger to The Juilliard School. She previously taught conducting, co-founded and conducted the Juilliard Trombone Choir, and served as executive director of the Starling-DeLay Symposium on Violin Studies, held every other summer at the School.

“I’m deeply honored by this appointment and welcome the opportunity to step into a leadership role at Juilliard,” Ms. Allen said. “For more than a decade, I’ve enjoyed a wonderful association with the School and have benefited enormously from interacting with its gifted students and world-class faculty. I look forward to working with my colleagues to maintain and enhance our tradition of providing the best artistic and intellectual education to our students.”

Ms. Allen is a former member of the faculty at the Curtis Institute of Music in Philadelphia, has conducted ensembles in the United States, Europe, South America, and Asia, and was artistic director of the Sun Valley Summer Music Workshops in Idaho, where she founded and conducted the Sun Valley Youth Orchestra. As a pioneer for women in military bands, Ms. Allen was the first woman conductor of the U.S. Army Field Band and the Soldiers’ Chorus in Washington, D.C., the U.S. Military Academy Band at West Point, the U.S. Army Forces Command Band in Atlanta, and the West Point Glee Club.

A published composer and arranger, Ms. Allen has written transcriptions for wind ensemble and music for student instrumental and choral ensembles. Her wind arrangements have been premiered, performed, and recorded by members of the Philadelphia and Washington opera orchestras; Chicago, San Francisco, Dallas, and Brazilian symphony orchestras; Buffalo Philharmonic; and Juilliard Trombone Choir. She is a member of ASCAP, a board member of the World Association for Symphonic Bands and Ensembles, and a former board member of the Conductors Guild. Ms. Allen studied French horn and conducting and earned a Bachelor of Music Education degree and a Master of Music degree in performance from the Catholic University of America in Washington, D.C., and a Diploma in wind conducting from the University of Calgary in Canada. She currently is completing her Doctor of Education degree in the College Teaching of Music Program at Teachers College, Columbia University in New York City.