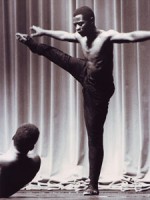 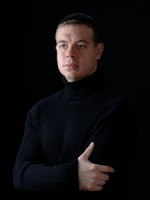 Wayne Oquin, D.M.A. candidate in composition, will also be featured in this year's celebration.

(Photo by Photo by Wayne Sandlin, Photography by Design) 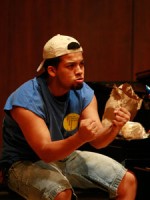 (Photo by Photo by Rosalie O'Connor)

In January 1989, Juilliard’s M.L.K. Celebration was initiated by one student, Stacey Robinson, who was enrolled as a voice major. When he asked President Joseph W. Polisi and then-director of student affairs Laurie Carter why Juilliard closed for some holidays and not others, says Stacey, “they encouraged me to do more than just have a day off … [but to] help the community honor Dr. King’s memory.” Stacey was able to inspire 37 members of the Juilliard community, including staff and faculty, to celebrate Dr. King’s legacy through the arts. The first performance coincided with the first year that Dr. King’s birthday was nationally celebrated as a federal holiday.

A student attending Juilliard in the 1988-89 academic year had few performance opportunities that combined the three divisions of dance, drama, and music. The current interdisciplinary and community-based performance opportunities that encourage and support student collaboration—like the Composers and Choreographers workshop, ARTreach, and the Gluck Community Service Fellowship—had not yet evolved. As Barrington Coleman (D.M.A. ’93, voice) wrote in the October 2007 Juilliard Journal, it was “the common thread of excellence through acceptance and respect of our similarities and differences” that provided “the fabric for the tapestry which took place.” That first M.L.K. Celebration was the pioneering moment of student-initiated performances combining artistry and activism.

This year’s performance on January 21 is centered around topics addressed in the writings of Dr. King—poverty, respect, racism, and war—with commissioned works relating to each theme. Current D.M.A. student in composition Wayne Oquin has composed a set of six art songs for baritone and piano, using text from Dr. King’s speeches. Drama alumna LisaGay Hamilton (Group 18) will perform dramatic readings of “A Dream Deferred” by Langston Hughes and “Our Grandmothers” by Maya Angelou. Alumnus Maxwell de Paula’s (B.F.A. ’07, Group 36) dramatic piece will focus on poverty, while alumnus François Battiste (Diploma ’06, Group 35) has created a work on the topic of respect. Robert Battle (B.F.A. ’94, dance) will choreograph a piece on the theme of racism, with live music. Students from the Drama Division are creating a work covering the topic of war. Additional contributions come from Juilliard Jazz, including a performance by trombonist and faculty member Wycliffe Gordon; choral works will also support the commissions and themes. Each of the commissions integrates a personal connection to the Juilliard M.L.K. celebration with Dr. King’s legacy of peace and hope.

Oquin describes his own connection to the work of Dr. King: “While researching for my D.M.A. document at the Paul Sacher Foundation in Basel, Switzerland, I came across a 1968 private letter that Igor Stravinsky wrote to Balanchine, who was then choreographing the Requiem Canticles in memory of the recently assassinated Dr. King. Stravinsky wrote, ‘I am honored that my music is to be played in memory of a man of God, a man of the poor, a man of peace.’ I, too, feel that to have Dr. King’s words perpetuated through dance, drama, and music, year after year in Juilliard’s M.L.K. Celebration, is ultimately a testament to his message.”

Oquin's experience provides a vivid example of how the arts, advocacy, and activism are interconnected. For Robert Battle, the commissioning process and the M.L.K. Celebration “gave me a sense of connectedness to Dr. King’s legacy and a spiritual renewal of my art and Juilliard. I never expected the M.L.K. performance to be part of my Juilliard experience.”

Many who have performed in prior M.L.K. Celebrations recall how their participation informed their artistic expression while at Juilliard. Says Oquin: “I have often viewed Dr. King’s life and work as a reminder of just how much one individual can contribute, even with a finite number of days. For artists, there is much to be learned from King’s dedication to his own vision.”

In addition to artistic expression and the inspiration of vision, Coleman says the experience made him “cherish the diverse relationships that were built over time among my Juilliard peers, faculty, and administrative staff, all of whom established lasting impressions in their contributions—not only because of the programmed selections, but most significantly [through] their character and generosity which permeated their creative persona.” The interconnectedness of artistic expression, activism, diversity, and inclusion is something that arises as the result of this community-building performance.

Chelsea Chen (M.M. ’06, organ) concurs, stating that “participating in M.L.K. allowed me to connect and collaborate with outstanding artists I otherwise wouldn't have met. I was moved every year by the sheer passion infused in all the performances, whether they be dance, drama, or music. I learned greatly about integrating my faith into my work. This certainly would have pleased Dr. King himself.”

Many speeches and sermons of Dr. King address the “need for the method of non-violence in international relations” (such as his “Pilgrimage to Nonviolence,” April 13, 1960). The impact of the M.L.K. performances on the School’s international student community is noted by Barbados native Sean Jackson (D.M.A. ’04, organ): “The whole experience of performing in M.L.K. reflects what King stood for: [exemplified by] gospel choirs with students from Eastern Europe, Asia, Africa, and the United States—students bringing their talents to the table, rubbing shoulders with someone one would not have rubbed shoulders with in the classroom. As an international student, it meant a lot to me to perform annually—a reminder of King’s influence and school tradition.”

Some international students only come to appreciate Dr. King’s work after enrolling at Juilliard. The experience of Trinidad native Edward Lawrence (B.F.A. ’93, dance) exemplifies this. “As an international student, when I came to Juilliard in 1989, Dr. King’s work and legacy had no profound meaning to me prior to me enrolling. I had a vague awareness of who he was, and some of the things he did, but pretty much, I viewed him as the man who wrote and delivered the ‘I Have a Dream’ speech. The celebration opened my eyes and heart to who Dr. Martin Luther King Jr. was to [the cause of] civil rights not only to African-Americans, but to the world.”

For drama alum Carrie Preston (Diploma ’94, Group 23), the M.L.K. performance was her first time on a public stage at Juilliard, as the training process of drama students in 1991 did not encourage first-year students to perform publicly. She performed a monologue from South African playwright Athol Fugard’s The Road to Mecca (1985), which was her first experience learning about the plight of the children of Soweto, South Africa, circa 1976, and expanded her awareness of racial oppression. Carrie reflects, “The M.L.K. Celebration is so special for Juilliard, and it is one of the few [opportunities] to create something with the other disciplines independent of the School curriculum. It was the first time that I was a part of a much larger community outside of the School. The exploration of the piece, expressing the oppression of a person in a foreign land, was profound. You could feel the energy of the audience, and how profoundly the work of the students was hitting them.” The powerful experience shaped Carrie’s experience as an actor.

As the 20th annual M.L.K. Celebration approaches, it is the hope of many that each commissioned work inspires more students to connect globally to the works of Dr. King. In asking that one question, Stacey Robinson helped the Juilliard community create a tradition that enriches the student experience. Says Robinson, “The M.L.K. performances made me feel that I left a legacy at Juilliard that was more than the daily grind of the practice room. Sharing with my colleagues the connections of Dr. King’s life and the arts has made me value community service engagement.”

As Dr. King reminded us in his famous essay Letter From Birmingham City Jail (April 16, 1963), “We are caught in an inescapable network of mutuality, tied in a single garment of destiny. ...” Through creative expression, the Juilliard community continues to honor the legacy of Dr. King by proudly wearing this garment.