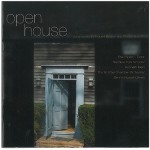 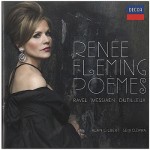 “A powerful, searching voice in a world awash with turmoil and disarray” is how Robert Beaser describes Songs From “The Occasions,” six poems by Italian Nobel laureate Eugenio Montale. Beaser, chair of Juilliard’s composition department, has sensitively painted Montale’s rich texts with a tonally oriented palette, and the result offers many opportunities for an expressive vocalist. Here, tenor Paul Sperry, a former Juilliard faculty member and a champion of new music, combines his artistry with the transparency created by a small ensemble of flute, clarinet, horn, violin, viola, cello, and piano. Conductor Kenneth Klein leads the New York Virtuosi in a lithe reading that emphasizes the score’s underlying moodiness.

Both lyrical and turbulent, the set exudes a feeling of wonder that peaks in the fourth song, “Motet IX: Il ramarro, se scocca” (“The emerald lizard, if it darts out”), with the poignant line, Luce di lampo invano può mutarvi in alcunché di ricco e strano (In vain the thunder’s glint transforms you into something rich and strange), as the piano ebbs into silence. But the fifth song, “Motet XVI: Il fiore che ripete” (“The flower that repeats”), is the cycle’s sorrowful heart, with Beaser repeating già buia (the dark is there) for emphasis and Sperry in a mournful cry.

Tangy poetry by Theodore Roethke inspired William Bolcom’s wry Open House, which gives Sperry the chance to show off his falsetto (in the title poem) and Sprechstimme (in “Give Way, Ye Gates”). For many, however, the hit will be the wry, off-kilter waltz “The Serpent,” in which the title character yearns to sing, much to the distress of a nearby flock of birds. Dennis Russell Davies and the St. Paul Chamber Orchestra capture these picaresque songs with accuracy and warmth.

Songs From “The Occasions” was recorded at the American Academy of Arts and Letters by Adam Abeshouse. Open House (originally released by Nonesuch in 1976) was recorded at the House of Hope Presbyterian Church in St. Paul, Minnesota, by Marc J. Aubort and Joanna Nickrenz.

From these confident performances, one would never guess that Renée Fleming (’86, voice) is now in her early 50s. In her hands (or rather, vocal chords) Ravel’s sensuous Shéhérazade reveals every last measure of its enchantment. Alan Gilbert, a Juilliard alum and now its director of conducting and orchestral studies, and the Orchestre Philharmonique de Radio France provide plush underpinning for these diaphanous songs with texts by Tristan Klingsor (1874-1966).

In contrast, Messiaen’s Poèmes pour Mi shows Fleming in rarified territory not usually associated with her, though she did perform these songs to acclaim at Gilbert’s inaugural concert as New York Philharmonic music director, in September 2009. Using his own texts, Messiaen created nine songs that explode with the passion and intimacy he felt for his first wife, composer and violinist Claire Delbos. “Action de Graces” (“Act of grace”), with its relentless focus on repeated pitches, tests a singer’s ability to maintain vocal steadiness and accuracy, and the final Alleluias are thrilling. Fleming’s wildness in “Épouvante” (“Terror”) is matched by the orchestra’s pulverizing textures, done with sensational élan by Gilbert and the musicians.

Inspired by Fleming’s voice, Henri Dutilleux wrote Le Temps l’horloge for her; the texts are by Jean Tardieu, Robert Desnos, and Charles Baudelaire, and there’s a brief orchestral interlude. This recording comes from the world premiere, in 2009, with Seiji Ozawa and the Orchestre National de France. The artists infuse the composer’s cycle with delicacy—letting his piquant orchestration (which includes harpsichord and accordion) unfold gracefully—until the final “Enivrez-vous” (“Get drunk”) provides a burst of ecstasy. The waves of applause at the end must have been gratifying for everyone.

Fleming is equally radiant in Dutilleux’s Deux Sonnets de Jean Cassou. The composer—now in his mid-90s—sent her the first of the two songs after hearing her in the Le Temps premiere. “Nothing has been more inspiring to me as an interpretive performer than hands-on collaboration with a composer,” the soprano wrote in the liner notes.

Engineer Christian Lahondes did the bulk of the recording in the Salle Liebermann of L’Opéra National de Paris while Étienne Pipard captured the live Le Temps several years earlier in the Théâtre des Champs-Elysées. The results share clarity with a slightly soft edge that ideally suits the material.