Since its introduction in 2002, ChamberFest has provided a unique platform for Juilliard instrumentalists to explore the wealth of collaborative potential that chamber music has to offer. The success of this intimate repertoire requires a high level of focus and dedication, but rewards its players with a sense of individual recognition and unified expression. 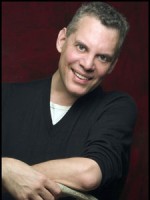 The festival’s tradition of predominantly instrumental music will shift as Steven Blier, a Juilliard coach and the artistic director and co-founder of the New York Festival of Song, brings Bernstein’s vocal chamber music to the forefront of this year’s festival. He hopes that audiences will find new appreciation for this repertoire.

The fundamental challenges are very similar for both chamber musicians and singers: musicality, rhythm, pitch, dynamics and blend are all crucial to their success. Where they differ is in how singers and instrumentalists communicate the dramatic nature of their repertoire. In a recent interview, Blier said it is an invaluable learning experience for singers and instrumentalists to work together. “For singers, it’s a chance to step up to the plate and hone their musicianship, and share their sense of poetry and color,” he said. “For instrumentalists, it’s the opportunity to experience their own music through the eyes and souls of those who are essentially actors.”

It is fitting that, as the city of New York celebrates the 90th anniversary of Leonard Bernstein’s birth, his Arias and Barcarolles celebrates its 20th anniversary and finds a place in the programming of this heavily instrumental festival. Commissioned in 1988, Arias and Barcarolles—a work for four-hand piano, mezzo-soprano, and baritone—was Bernstein’s last piece, with both music and text written primarily by the composer himself. It was Blier and Michael Barrett (co-founder of the New York Festival of Song and Bernstein’s assistant conductor) who gave the work’s American premiere. They would go on to record it for Koch International Classics, after having had the project rejected by five other recording companies. “It was a great learning experience for me,” says Blier, “that you could have a hot project like this, and still have the record labels turn up their noses.” The recording won the 1991 Grammy Award for best new composition, which was especially poignant and telling for both the artistic merits of Blier and Barrett and the strength of the work.

In program notes appearing on Carnegie Hall’s Web site, Bernstein biographer and record producer Paul Myers wrote that the eight songs making up Arias and Barcarolles are “personal, intimate, often humorous love letters” that contain “the same larger-than-life ebullience and emotional range found in his conducting and personality.” The composer faced many personal challenges in the final years of his life, including leaving his wife, the Chilean actress Felicia Montealegre, making his homosexuality public, and eventually returning to the bedside of his gravely ill former wife. In the last decades of his life, says Blier, Bernstein was constantly trying to tackle the great issues of American life in a major work. “But this work represented something so personal and intimate—almost as if it wasn’t supposed to be performed. It was a chance to exorcise his own demons and examine aspects of intimacy from many different angles.”

Adds Blier, “I hope [Arias and Barcarolles] will change the stigma against singing that persists for some people. Vocal music requires a different kind of listener attention. Some concertgoers think they don’t like singing and make a distinction between so-called ‘pure music’ and vocal music. In my experience, audiences change their minds when they enjoy hearing singers and instrumentalists making music together.” He feels that it is the job of the singer to open the door to curiosity and invite an audience to have a satisfying musical and theatrical experience.

ChamberFest runs from January 12 through 17, with performances in both Paul Recital Hall and the Peter Jay Sharp Theater. The eight concerts will be the culmination of student initiatives, musical preparation, and faculty coachings that take place during the last week of winter recess. These free concerts are your chance to join in that process and experience these artistic collaborations.

The New York Festival of Song will also grace the Peter Jay Sharp Theater stage on Wednesday, January 14, at 8 p.m. in a program titled “Latin Lovers: An Evening of South American and Cuban Song.” This free concert will bring together Juilliard singers and jazz performers on one stage, and is not to be missed.