Pam Berlin on "The Cripple of Inishmaan"

Martin McDonagh’s dark comedy The Cripple of Inishmaan, which was first performed in 1996, is set in a small town called Inishmaan in the Aran Islands, off the west coast of Ireland. It will be performed by the fourth-year drama students December 6 through 10 and centers on the filming of Robert Flaherty’s 1934 nonfiction feature Man of Aran. The play’s action follows a young boy, Cripple Billy Claven (played by Adam Farabee in the Juilliard production), who is determined, against all odds, to land a role in the film. Inishmaan is directed by Pam Berlin, who has also helmed The Good Person of Szechwan, Uncle Vanya, and Hedda Gabler at Juilliard. Recently Berlin spoke with Paulette Penzvalto, an intern in Juilliard’s Special Projects Office. 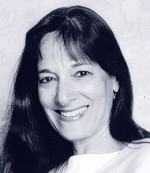 What about this play grips you?
McDonagh has written these wonderfully vivid, eccentric characters and has given us a gold mine for exploring them. He creates a fantastic energy in this play and the characters are brimming with frustration and longing to escape. This isn’t a naturalistic play—the preparation for it is a process of finding the authenticity of the world and balancing it with the inherent theatricality of the work. And even though our play takes place in the 1930s, it could have done so a hundred years before. The Aran Islands haven’t changed much—I visited there 25 years ago, so I can really reference them firsthand.

What brought you there?
I was spending a month in Ireland, and came over from Galway. As a person in the theater, it was particularly interesting to me because there are so many Irish plays based on the west coast of Ireland; I had just done Translations by Brian Friel and Playboy of the Western World by John Millington Synge, which takes place in County Mayo. Synge spent a lot of time on the Aran Islands and wrote about them, and that was one of the reasons I wanted to explore the west coast. [Juilliard Opera presents Riders to the Sea, an opera based on a Synge play, on December 9, 11, and 13.]

How was your experience there?
It is astonishing how primitive those islands are. There are very few cars and people use donkeys and carts to travel. It is spare and desolate, and also very beautiful. Synge once described those islands as “big slabs of limestone,” and that’s what they feel like. People really do lead these amazingly basic, hardscrabble lives, and I think this play really embodies that.

So it’s not what we’ve seen in the movies?
Man of the Island is an amazing work, but highly romanticized. Robert Flaherty presented the people on the island as noble savages. I think Martin McDonagh must have seen the film and felt that no culture lives that sort of idealized, simple life, where one is basically honest and good, and then decided to write a play that debunked all of that. I suspect the truth lies somewhere in between McDonagh’s play and Flaherty’s film.

What are some historical references you have used to research the Islands?
Synge’s book The Aran Islands, which he wrote in the early 1900s, really talks about the people, their character, and their culture. There are also memoirs written by people who grew up in the Great Blasket Islands—also off the west coast—which are wonderfully evocative and vivid.

How are you going about creating the look of the production?
How we feel about the play is embodied in the design choices we make; the designers and I have looked at a lot of photographs, in order to fortify ourselves with the visual history and to come up with the design. Because this is not a realistic play, how do we create a set which at once has an authenticity and yet also a theatricality? It’s fun trying to figure that out.

Have you encouraged your actors to do similar research?
To an extent, and it’s also my job to bring that research in, so that the initial rehearsals are really about steeping them in the world of the play. The actors help to inform a lot of the choices which I can’t possibly make until we start working together.

What distinguishes McDonagh’s work?
The Irish have such an incredible aural tradition, and McDonagh, who’s widely considered one of the most exciting living Irish playwrights, has an amazing gift for language. He loves to shock and to be outrageous, and his plays, including this one, have a tremendous amount of humor; his characters are cruel and yet we grow very fond of them because they are so wonderfully eccentric.

Can you tell us about some of them?
The characters emanate primal instincts, and while they’re in a world that has an incredible amount of cruelty, McDonagh draws it in a very funny way. There is at once a combination of people being very blunt in the way they behave and speak, but also [exhibiting] the wonderful Irish characteristics of being cunning and devious. The clearest example of is Johnny Pateen Mike (played by Ali Sohaili)—he’s greedy, opportunistic, and always nosing into other people’s business, but then you realize there’s a whole other side of him. The same holds true for Helen (played by Natasha Warner), a tomboy whom McDonagh describes as a terror. She would stand up to anyone and wouldn’t be afraid to get into a fight with someone much larger and heavier than she is, but she surprises you when you’re not expecting it. Martin McDonagh loves to do that.