Earl Wild, a virtuoso pianist, composer, and a champion of Romantic music who taught at The Juilliard School in the 1980s, died of congestive heart failure on January 23 at his home in Palm Springs, Calif. He was 94 and had continued teaching until the last week of his life. 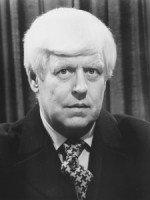 Born in Pittsburgh on November 26, 1915, Wild’s teachers included Selmar Jansen and Paul Doguereau, whose pedagogical lineages could be traced to Liszt and Busoni, respectively. Wild made his Pittsburgh radio debut at the age of 12, and began playing piano and celesta with the Pittsburgh Symphony Orchestra at 14. By his mid-teens, he had performed Liszt’s Piano Concerto No. 1 with the Minneapolis Symphony under Dmitri Mitropoulos. Wild attended the Carnegie Institute of Technology, now Carnegie Mellon University, where he studied piano, cello, bass, and flute, among other instruments. In 1937 he became a staff pianist at NBC in New York, where he gave a radio performance of Gershwin’s Rhapsody in Blue with conductor Arturo Toscanini and the NBC Symphony in 1942. In 1939 he gave the first televised piano recital.

During World War II, Wild served as a flutist in the United States Navy Band in addition to appearing as a soloist with the Navy Orchestra. He became a White House favorite, giving piano recitals for President Roosevelt and performing “The Star-Spangled Banner” before First Lady Eleanor Roosevelt’s speeches. Following the war, Wild worked as a composer, pianist, and conductor at ABC, while continuing to tour as a soloist.

An affinity for the work of composers such as Liszt and Rachmaninoff earned Wild a reputation for distinguished performances of Romantic music. He won a Grammy in 1997 for his album Earl Wild: The Romantic Master, and in 1986 he received the Liszt Medal from the Hungarian government, honoring his commitment to that composer’s music. In a review of Wild’s Liszt tribute concerts at the Auditorium Theater in Chicago that year, Chicago Tribune critic Howard Reich remarked that “rarely have Liszt’s sparkling arpeggios and fluid scales been shaped with more lyric finesse.”

Wild was also a sought-after teacher. He was a Juilliard faculty member from 1979 to 1987, where among his piano students was the composer Ezequiel Viñao. He also taught at several other colleges and conservatories, including the Eastman School of Music, Penn State University, Carnegie Mellon, and the Manhattan School of Music.

As a composer, Wild’s works included the Easter oratorio Revelations, which was well-received after its first broadcast on ABC in the ’60s. His penchant for improvisation led him to arrange and perform a variety of transcriptions, finding inspiration in everything from Handel to show tunes.

Wild’s playing continued to garner praise throughout his life. In a 2005 Carnegie Hall concert, when Wild was 90, Bernard Holland of The New York Times lauded him for having become “a more sober and thoughtful, and thus a more interesting musician.” The National Academy of Recording Arts and Sciences presented Wild with the President’s Merit Award at his last concert, which took place in February 2008 at the Walt Disney Concert Hall in Los Angeles.