Illuminating a Dark Corner of History; A Ravishing Recital of French Song 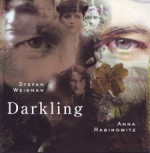 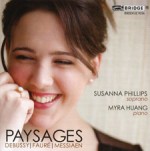 Just when you think you’ve heard every angle possible on the Holocaust, along comes Stefan Weisman’s chamber opera Darkling to gently—yet forcefully—illuminate another sorrowful corner. For this work, Weisman, who taught theory in Juilliard’s Music Advancement Program from 2005 to 2009, collaborated with poet Anna Rabinowitz in an attempt to capture some of the voices (many anonymous) of the six million Jews who were wiped out by the Nazis. Thomas Hardy’s poem “The Darkling Thrush” was the inspiration for Rabinowitz, who used it to create a lengthy poem about a girl named Anna who has discovered a trove of memorabilia—letters and photographs from those who perished. The opera, which has no plot per se, describes what she found.

Weisman draws on a version of the Hardy poem from composer Lee Hoiby (who, like Weisman, was commissioned by American Opera Projects), and uses Hoiby’s song as a jumping-off point for the delicate and eclectic language he employs to tie together Rabinowitz’s powerful fragments. Four excellent singers are supplemented by 16 spoken voices and a string quartet that includes Juilliard alumni Tom Chiu on violin and Raman Ramakrishnan on cello; and violist Kenji Bunch, who teaches in Juilliard’s Pre-College Division. They are led by conductor Brian DeMaris.

The spoken portions are sometimes electronically altered to resemble wartime radio announcements, climaxing in a Nazi announcer describing his colleagues’ inhumanity in the kind of journalistic iciness politicians sometimes use to justify bad behavior: “Hundreds of Jews were laid face up in a gridlike pattern. Enticements to the eye were provided by wobbly reliefs of bodies on cobbled stone, while demeanors of kinesthesia were achieved by subtle heaves of supine form …” Even though other artists have confronted us with countless examples of such dispassion, the effect here is unnerving. The opera ends with descriptions—not for the squeamish—of some of the horrors inflicted, each followed by the Hebrew word dayenu, which means “it would have been enough for us.” This is a chilling reference to text recited at the Passover Seder, which praises God for his blessings and miracles. As Anna closes the box, the music disappears and she utters the work’s final thought: “And I was unaware.”

Judith Sherman and Jeanne Velonis recorded the musical portions at the American Academy of Arts and Letters, with a slight emphasis on Ramakrishnan’s cello, which runs like a melancholy thread through the musical fabric. The spoken dialogue, captured by Tom Hamilton at New York’s Merlin Studios, combines to create the vivid lamentation.

“C’est l’extase” (“This is Ecstasy”), the first song in Debussy’s Ariettes oubliées, can make a stunning opening for the right singer, and in Susanna Phillips’s case, her artistry reveals how far she has come, relatively early in her career. The other five songs in this exquisite set (each with texts by Paul Verlaine), are perfectly within her range and show off her lustrous tone and immaculate intonation. Listen to how patiently she unfolds “L’ombre des arbres” (“The Shadow of the Trees”) and marvel at how she caresses the phrases of “Green” (which, like the final song in the set, “Spleen,” has an English title). For her recording debut, Phillips (B.M. ’03, M.M. ’04, voice), sensitively accompanied by pianist Myra Huang (B.M. ’99, piano), has found an ideal opening for her gorgeous billet doux of French songs.

Phillips shows an empathy for the unfamiliar with Messiaen’s Poèmes pour mi (1936), nine songs (in two books) using the composer’s own texts, each infused with his religious fervor. The relative simplicity of the first song, “Action de graces” (“Thanksgiving”) contrasts sharply with the fourth, the stark “Épouvante” (“Terror”). Messiaen’s intensity can be challenging to sustain, but Phillips and Huang are completely focused as they forge through to the monolithic “Prière exaucée” (“Answered Prayer”), as the final piano chords come cascading down.

The recital ends with four Fauré delicacies, starting with confidently phrased and carefully enunciated readings of “Les roses d’ispahan” (“The Roses of Isfahan”) and “Nell,” which Fauré dedicated to Camille Saint-Saëns’s wife. “Après un Reve” (“After a Dream”) is perhaps the best-known track on the disc, and Phillips offers a hypnotic version notable for its restraint. The masterful, intelligently planned program concludes with a languid rendition of “Adieu,” with plaintive chords by Huang lingering in the mind after it’s over.

Once again, recording engineer Adam Abeshouse proves himself to be an artist’s best friend, capturing Phillips and Huang with clarity and truthfulness at the Bridge Records studios in New Rochelle, N.Y.