James Anderson DePreist, Juilliard’s director emeritus of conducting and orchestral studies, died on February 8 at his home in Scottsdale, Ariz. He had been in poor health since suffering a heart attack last March followed by open heart surgery. He was 76. 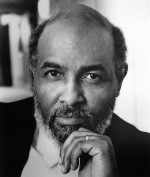 James DePreist in an undated photo. (From the Juilliard Archives)

A pathbreaker in many areas, DePreist came to a life in music relatively late, but his love for it was sparked early on. He was born on November 21, 1936, and as he was growing up in Philadelphia, DePreist was encouraged in his interest in music by his aunt, the world-famous contralto Marian Anderson. He got his bachelor’s degree at the University of Pennsylvania’s Wharton School in 1958 and intended to go to law school afterward, but found his interests were turning more toward music—during college, he’d played percussion in a jazz quintet and composed. He began studying composition at the Philadelphia Conservatory with Vincent Persichetti (Juilliard faculty 1947-87), but a pair of chance trips to the podium, the second one in 1962, convinced him that conducting was his future. In 1964, DePreist hit the professional jackpot by being one of the winners of the esteemed Dimitri Mitropolous International Music Competition for Conductors. In addition to a cash prize, he was, as a result, given a yearlong post as an associate conductor at the New York Philharmonic under Leonard Bernstein.

Despite DePreist’s success at the Philharmonic, the mid-’60s was a tough time for young conductors, he later recalled, and he moved to Europe in 1967 where there were more opportunities than in the United States. Over the ensuing decade he conducted throughout Europe, Asia, and the U.S., including three years as associate conductor of the National Symphony Orchestra. He was music director of the Quebec Symphony Orchestra from 1976 to 1983 and of the Oregon Symphony from 1980 to 2003, transforming it from a good regional symphony to a prominent national one; he remained the laureate music director of the Oregon Symphony until his death. He was also the music director of the Tokyo Metropolitan Symphony Orchestra from 2005 to 2008 and the inspiration for a conductor (named James DePreist) in the popular Japanese cartoon series Nodame Cantabile; he conducted the soundtrack recordings for the live-action and animé adaptions of the story and also appeared in one of the movies.

Along the way, DePreist won critical and popular acclaim and numerous international awards and citations, among them the National Medal of the Arts, the highest arts citation in the U.S., and 15 honorary doctorates, including one from Juilliard in 1993. DePreist joined the Juilliard faculty as principal conductor in 2003, and he led numerous concerts annually as well as working closely with students. In 2011, he became director emeritus but continued to conduct until his heart attack a year ago. DePreist had  been plagued by various health problems for years, a number of them complications of the polio he had contracted while on a U.S. State Department-sponsored trip to Thailand in 1962. The positive sides of the trip were that he had a chance to conduct while he was there and that he played jazz with the king of Thailand.

DePreist’s legacy includes more than 40 recordings, two volumes of poetry (This Precipice Garden and The Distant Siren), and the many musicians he worked with over the years.

He is survived by his wife Ginette DePreist, his daughters Tracy and Jennifer, from his first marriage, to Betty Childress, and two grandchildren.