Juilliard and the Military

Juilliard and … the military? A few months ago, we asked readers about their ties with the military and got a great response. In this issue, we look at Juilliard’s World War II connections 70 years after the war ended (Germany surrendered in May; Japan in August). Hundreds of students and alums (and presumably some faculty members) served in the military then or helped the war effort by entertaining troops. You can read about some of their experiences—recounted then and now—in this issue. 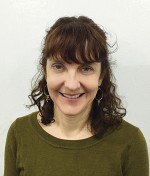 Our reader responses covered more than World War II. Alexander Technique faculty member Lori Schiff talks about working with alums and other members of the West Point Band, the Army’s oldest musical organization; directing alum John Farmanesh-Bocca discusses the universality of war in drama and his work with veterans groups. Next year, look for more coverage of military bands from the present day back to the school’s earliest years, when the Institute of Musical Art, as Juilliard was then known, established a Military Band Department. And there will be other stories that we’re compiling now—and looking forward to receiving from you! Write to us at journal@juilliard.edu or Juilliard Journal, 60 Lincoln Center Plaza, New York, NY 10023.

Meanwhile, life in the rest of the Juilliard community marches on. Very best of luck to this year’s graduates—and a wonderful summer to all.