Onstage With Branford Marsalis, the Music Speaks for Itself

From brushing our teeth to having an intense intellectual discussion, all of our day-to-day activities are a form of improvisation. How we do things in a particular moment directly relates to our surroundings, feelings, who we are with, and an incredible number of other factors. This idea of expecting the unexpected is the essence of jazz music and part of what makes the music fresh and exciting every time it’s played. However, for great jazz musicians, even this natural freshness can be unsatisfying. In their refusal to become complacent, these elite players are always challenging themselves to create something innovative and unprecedented. Saxophonist, composer, and bandleader Branford Marsalis is one of these choice artists, and on December 1, those seated in the audience of Paul Hall are promised an incredible musical odyssey when Marsalis joins two of the Juilliard Jazz Ensembles in performance. 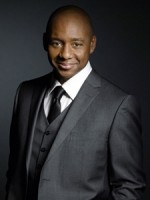 Branford Marsalis will perform with Jazz students on December 1.

To Marsalis, the way we use jazz vocabulary is similar to the way we use words within the English language. He feels that the lexicon of a common man today can be rather disappointing, and much of the music coming from the modern jazz world can be, for some, similarly disappointing. In Marsalis’s opinion, many songs heard on jazz radio now “all sound the same.” Musicians have become satisfied with the amount of “words” they know, and as result, a lot of new music has become “mind numbing and dull.” For students and young musicians, cracking open a CD by Lester Young or Ben Webster can extend their vocabulary just like studying the works of Mark Twain or Ralph Waldo Emerson.

On the opposite side of the spectrum, many musicians have become too concerned with the complexity of the “words” they choose.

“People stopped using words to convey human emotion,” Marsalis said in a recent interview, “and now they’re only concerned with making a point.” This is viewed by many in the jazz world as one of the reasons why people stopped coming to jazz shows. Marsalis believes that the average person is not going to realize how complex a melody is or how hard phrases are at certain tempos; the only thing they can relate to is raw human emotion.

“If you’re gonna play a song that is supposed to be sad, make it sound like the saddest song you’ve ever played,” Marsalis said. “Tell the audience, ‘we’re about to play a piece about heartache,’ and back it up!”

A common misconception today is that audiences need lyrics in order to appreciate a piece of music. However, a great piece of music “shouldn’t need words,” Marsalis said.

“Take Camille Saint-Saëns’s suite The Carnival of the Animals for example. The movement about elephants sounds just like big elephants! Or listen to the movement called Aquarium. There’s no way you can listen to that piece and say it doesn’t sound like a huge aquarium!”

Ever since the rise of the be-bop era, Marsalis said, the focus on passion and personality was lost, and jazz musicians began to look at songs as merely a set of chords to solo on. Lyrical solos with an incredible sense of melody transformed into long strings of 16th notes, and musicians were sure to pull out every trick in their arsenals. This style of improvising became popular and has trickled down to many musicians today. It also explains why we now have books like 1001 Jazz Licks, and why certain common licks can be heard in high school bands across the country.

“Some artists even use their records as a debut of a new lick,” Marsalis noted. “When I was at Berklee [College of Music], I refused to learn the licks. I still to this day have not heard someone play a lick that made me want to figure out what it was. Some people might want to learn patterns for technical purposes, but then why not just check out some classical music. That stuff will kick your butt!”

“To have a school with all arts is difficult because it can’t be codified,” he said. “If there were an arts school where no grades were given, parents and students would consider it crazy even though that’s how it should be. Everyone gets caught up in the competition, and no one studies to challenge him or herself.”

As the 49-year-old Marsalis works with the Juilliard students in rehearsals and clinics leading up to the December concert, he is sure to spark this challenge within each of us. His musical selections will push us out of our comfort zones and will demand creativity. As of this writing, the exact pieces for the show had not yet been decided upon, but with this three-time Grammy winner on stage, it’s sure to be an incredible ride.

Shaping the Sound, Creating Community
Georgia Kids Get Jazzed Up in Summer Residencies