The Straight Fight for Gay Rights

So much has happened this year in regards to gay rights—surprising leaps forward (gay marriage in Iowa) and devastating blows back (California’s Prop 8)—that I struggled to choose a topic for a Voice Box column on G.L.B.T. Awareness Month, which begins on October 1. It was bittersweet for me to celebrate Barack Obama’s election on the same night that my home state of Florida lost the battle for marriage equality. I considered writing about President Obama and what he is doing—or not doing—for the gay community, but decided against it when I realized that every gay publication was featuring a variation of that same story. Then my boyfriend made an ironic, yet perfect suggestion: “Why not write about what straight people are doing?” 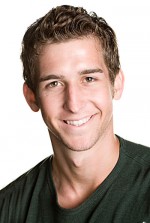 We tend to forget that sometimes the people we think we are fighting against are actually our biggest advocates. Our “allies,” we call them: heterosexuals who believe that people of different sexual orientations and identities deserve the same rights as straight people. At Juilliard, the Gay-Straight Alliance was created last year to foster an open and vibrant community of gay artists that also welcomes and includes our straight allies. Our allies are one of our most underappreciated strengths as a community.

According to the 2000 Census on Gay and Lesbian Couples, less than 1 percent of all of Americans are in a same-sex relationship. Even in Vermont, where gay marriage is now legal, only 1.35 percent of the population registered as being in a same-sex relationship. It took far more than 1.35 percent of the population to legalize same-sex marriage, meaning that without straight allies and political leaders, there would be little hope for progressive change for the G.L.B.T. community.

Numerous articulate, moving, intelligent, and beautiful speeches on gay marriage have been given in the last year. However, few people have reached as many individuals as Keith Olbermann, in his deeply moving address on his showCountdown, after the passage of Proposition 8. For me, he was able to put words to the outrage that millions of us were feeling and appeal to the hearts of everyone, not because he is gay or straight, but because he was not afraid to explain that “this is about the human heart, and if that sounds corny, so be it.” I could quote his entire speech, but instead I urge you to watch it on YouTube as soon as you finish reading this article. Olbermann was honored this year by the Gay and Lesbian Alliance Against Defamation, and he continues to fight for the gay community simply by asking people to stand, “not on a question of religion, not on a question of gay or straight. You are asked now to stand on a question of love. All you need to do is stand and let the tiny ember of love meet its own fate. You don’t have to help it, you don’t have it applaud it, you don’t have to fight for it. Just don’t put it out. Just don’t extinguish it.”

On the same page as Olbermann, but taking a very different tactic, is Kathy Griffin, the loud, sarcastic, crude, and hilariously funny comedian who currently stars on the TV show My Life on the D-List. Over the last year, Griffin has organized gay youth, attended rallies in support of marriage equality, and canvassed around California questioning those who were in favor of Proposition 8. At times her commentary is laced with vitriol, but this year her tact was impeccable. When she simply asked, “Would it affect you negatively if gay people got married?” Every person she spoke with—even the 90-year-old woman— answered “no.” I think Griffin can be abrasive as she obliterates all lines of political correctness, but when it comes to G.L.B.T. issues, she employs her humor to break down barriers and make people think.

You don’t have to be a public figure to be an ally, because it is the little things that each of us does every day that slowly overpower homophobia. Talk about homosexuality in front of children—they accept new and interesting facts of life every day. And is it really harder to explain how two people of the same sex can love each than it is to justify why they should be hated for it? By simply refusing to shy away from conversations about G.L.B.T. issues you are helping the community. Join the Juilliard Gay-Straight Alliance, visit the G.L.B.T. center in your town, or simply have a conversation with someone who opposes gay rights. Ask simple questions. Twitter about it. Know that regardless of your sexual orientation, you are entitled to be outraged by the unequal treatment of gays and lesbians, and your voice can and will be heard.

Why should it matter to you? Because, as Keith Olbermann explained, “While it may at first look like that love is between two people you don’t know and you don’t understand and maybe you don’t even want to know, it is, in fact, the ember of your love for your fellow person—just because this is the only world we have. And the other guy counts, too.”