Alumnus Van Cliburn, who became an instant cultural hero after winning the inaugural Tchaikovsky Piano Competition in Moscow, in 1958, died at his home in Fort Worth, Tex., on February 27. He was 78. 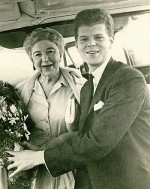 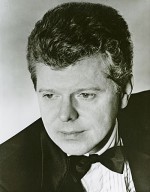 The cause of death was advanced bone cancer, with which he had been diagnosed in August, according to Mary Lou Falcone, Cliburn’s publicist and a Juilliard faculty member.

Harvey Lavan “Van” Cliburn Jr. was born in Shreveport, La., on July 12, 1934, and his family moved to Kilgore, Tex., when he was 6. He began taking piano lessons at age 3 from his mother, Rildia Bee O’Bryan, who had studied with Arthur Friedheim (a student of Liszt). O’Bryan remained Cliburn’s only teacher until he was 17 and came to New York to study at Juilliard with the renowned Rosina Lhévinne, earning a Diploma in 1954.

Cliburn won his first major competition, the Leventritt, in 1954, which garnered him an appearance at Carnegie Hall with the New York Philharmonic playing what would become his signature piece, Tchaikovsky’s First Piano Concerto. But it was not until his legendary victory in Moscow, at age 23, that Cliburn became a household name. The Tchaikovsky Competition, which was created to showcase the talents of Russian pianists, came at a time when the cold war was at its hottest. Some have speculated that Cliburn’s win in Moscow was calculated to ease the tensions between the two countries. Whether or not this was true, Russian audiences at the competition went wild for the 6-foot-4 blond Baptist.

So did Americans. Upon his return to the U.S., Cliburn was given a ticker-tape parade in New York City—the first for a classical musician—with 100,000 spectators lining the streets to welcome the hero. His popularity, and sales of his recordings, soared. Under the management of powerful music impresario Sol Hurok, Cliburn’s career skyrocketed, and with it came a grueling schedule of concerto and recital appearances.

Eventually, the pressure began to take a toll, and in 1978, Cliburn announced he was taking a break from the concert stage. The break ended up lasting about a decade; it was not until the late 1980s that he returned to the stage, though his performances were infrequent. During that time, he moved from New York to Fort Worth, Tex., where, in 1958, just a few months after his win in Moscow, a group of music teachers and residents of the city founded the Cliburn Foundation, which established the famed competition that bears his name in 1962. The Van Cliburn Competition is held every four years (the next one will be held May 24 through June 9); past winners have included the Romanian Radu Lupu, Brazilian Cristina Ortiz, and Russian Olga Kern.

Although Cliburn was a notable presence at the competition, he never served on the jury. In a 2008 New York Times article, he explained that he would not be comfortable having to rank contestants. “It would be the hardest thing ever for me to do,” he said. “I’m too understanding of why a person did a passage this way instead of that way.”

Cliburn was the recipient of numerous other honorary degrees and awards, including a master’s from the Moscow Conservatory (1989); the Kennedy Center Honors (2001); induction into the American Classical Music Hall of Fame (2001); the Presidential Medal of Freedom (2003); and a Grammy Lifetime Achievement Award (2004). He won two Grammys: in 1959, for his recording of Tchaikovsky’s First Concerto (the first classical album to go platinum), and the following year, for his recording of Rachmaninoff’s Third Concerto. In 2004, he received the Order of Friendship of the Russian Federation from then President Vladimir Putin, and in 2010, he was presented a National Medal of Arts by President Barack Obama.

Even when Van Cliburn was absent from the concert stage, he remained a revered figure in the world of music. “All my life I have been deeply devoted to classical music,” he once told the Associated Press. “It is not entertainment. It is not a business. It is a soul-searching experience.”