Since 1997, a yearly highlight of the Vocal Arts calendar has been the Honors Recital, in which two singer-collaborative pianist pairs are awarded the chance to give ambitious art song programs reflecting both their studies and their sense of artistic horizons. At this year's edition, on March 26, countertenor Eric Jurenas will perform with Juliana Han, and baritone Theo Hoffman will sing with William Kelley. 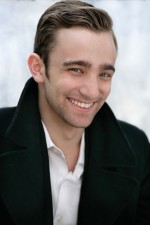 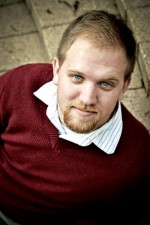 The competition leading up to these two pairs' being selected was highly interactive, Brian Zeger, artistic director of Juilliard's Marcus Institute for Vocal Arts told The Journal. "The pianists and singers work together on projects throughout the year. For the pianists, one big hurdle is mastering enough of the ‘singing' languages to be effective in a vocal context," he said. Collaborative pianists all take song repertoire and language classes. Zeger and his colleagues work with the artists and their voice teachers and coaches on repertory selection and program building. For the 10- minute audition, the musicians choose their own material, which allows the judging panel (typically including a singer, a pianist and a coach or administrator) to "learn a lot about their artistic personalities," Zeger said. "The goal is to present four young artists doing music they feel passionate about."

Jurenas, a second-year master's student, is a former baritone who switched to singing countertenor when he encountered Baroque music as an undergrad at the Cincinnati College-Conservatory of Music, where he was particularly inspired by countertenors David Daniels and Andreas Scholl. And while recitals aren't particularly associated with the voice type, Jurenas said he finds them highly satisfying musically even though "they're the hardest to prepare—much more difficult than opera or concert work."

Jurenas and Han are preparing three well-known Purcell songs, Ravel's early Épigrammes de Clément Marot, plus a group alternating two Mahler Knaben Wunderhorn numbers with four lieder by Alexander Zemlinsky. "The Purcell one expects from a countertenor, the Ravel tends to go farther from that expectation," Jurenas said. But the large-scale, Romantic Mahler-Zemlinsky, he added, is "quite the opposite of what one would expect" from a countertenor.

Han, a former corporate lawyer and current doctoral student, told The Journal that she'd had "a long, circuitous road to Juilliard" but that she's exulting in the chance to work with musicians throughout the school. The biggest difference between collaborating with singers rather than instrumentalists, she observed, "lies in the existence of a text. As a vocal pianist, your interpretation is shaped not only by the music but by the poetry. Along with poetry comes a greater sense of musical drama, which must be incorporated into the Eric Jurenas performance. Additionally, singers often want more feedback on how various aspects of their singing are coming across. Instrumentalists don't have the problem since their ears aren't attached to their instrument." She noted that she and Jurenas have worked together a lot and have a similar working style—"we're both intellectual musicians."

Baritone Theo Hoffman and William Kelley, by contrast, are collaborating for the first time. "I look for similarities in musical intuition and temperament" in a collaborative pianist, Hoffman, a fourth-year undergrad, told The Journal. "You want someone who will go with you to the emotional depths necessary for a successful performance. The beauty of a good match is that you actually need not overthink anything, but simply agree on the story you're trying to tell together."

Kelley, a first-year master's student, said he's always searching for singers "with strong, convincing interpretive ideas about the repertoire in conjunction with an openness to trying different things presented during rehearsals. Flexibility is amazing; more so, the willingness and ability to always serve the needs of the repertoire." The two will present an eclectic mix including forthright Argentine songs by Carlos Guastavino, Tchaikovsky romansy using—in Hoffman's phrase—"sweeping Romantic gestures," plus—excitingly to both artists—the local premiere of Jonathan Dove's Three Tennyson Songs (2011). The premiere, Hoffman said, will provide "a nice chance to remind New Yorkers that not all modern music is harsh and inaccessible," adding that "new music is how we will succeed in proliferating this art form and reaching new audiences."