More than 50 years after one of the most famous ballet dancers of the 20th century, Rudolf Nureyev, defected from the Soviet Union, provision has been made from his vast estate to nurture dance at Juilliard. 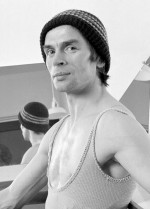 Nureyev was just 23 when he was reluctantly permitted by a jittery Soviet government to travel abroad for a series of performances that electrified European audiences. On that June 1961 trip, he defected at Paris’s Le Bourget airport; he wasn’t permitted to return to the Soviet Union until 1987. After his defection, Nureyev pursued his ballet career in Europe and, eventually, the United States, where he became a celebrity whose renown spread far beyond the world of ballet. Active not only in a variety of roles in the dance world, he also appeared in movies and on television. His social and artistic milieu encompassed a who’s who of the 1970s and ’80s including Gore Vidal, Freddie Mercury, Jacqueline Kennedy Onassis, Mick Jagger, Andy Warhol, and even Miss Piggy, with whom he danced in “Swine Lake” on The Muppet Show. Nureyev was an ardent and tireless advocate for classical ballet, bringing new knowledge of and delight in the art form to millions. Prior to his death, at 54 in 1993, he made provisions for the vast majority of his estate to be transferred to two foundations that he established to promulgate the art of ballet. His legs had made him a rich man, he liked to say, and he was vitally concerned that his legacy would continue to inspire others.

One of these foundations, the Rudolf Nureyev Dance Foundation, has made a landmark $500,000 gift to endow the Rudolf Nureyev Scholarship in Dance at Juilliard. This endowment will provide scholarship funds in perpetuity to be awarded to one or more dance students at Juilliard. The president of the foundation, Barry Weinstein, was Nureyev’s lawyer and friend for nearly 20 years and was instrumental in advising Nureyev to establish the foundation at the end of his life. In the years that the foundation has been in operation, it has supported dance organizations’ endeavors to perpetuate the name and legacy of Nureyev by funding scholarships, reconstructions of significant dance works, production of new choreography, and the construction of performance spaces.

“Nureyev recognized how important first-rate training and education are to any career in the performing arts,” Weinstein told The Journal. The endowment of this scholarship, he added, “will contribute to the advancement of dance and keep the prominence of Rudolf’s name at the forefront of the art.” Weinstein said that he and the board are “very pleased to be able to make this significant gift and look forward to seeing its effects on the careers of young dancers in years to come.”