In 1908, a circle of young composers at the St. Petersburg Conservatory, encouraged by their teacher, Nikolai Rimsky-Korsakov, formed an organization known as the Society for Jewish Folk Music. A diverse group that included names such as Alexander Krein, Joel Engel, and Solomon Rosokowsky, the one thing they shared was an interest in collecting Jewish folk music and raising it to an artistic level. Like Rimsky-Korsakov, their works were nationalistic and held to the belief that the exploration of folk music would make any composer’s music more authentic. 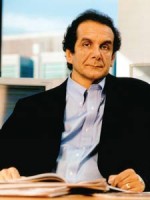 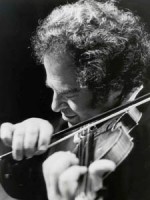 The organization’s inaugural concerts will take place this month, and among the performers is violinist Itzhak Perlman.

Also among the performers is the Biava Quartet.

Today this music is mostly forgotten, strewn by the Russian Revolution and the later Stalinist crackdowns. Yet a full century later, a new organization called Pro Musica Hebraica is setting out to prove that these and other works by Jewish composers deserve a fresh hearing.

The inaugural concerts, which take place at the New York Society for Ethical Culture on April 8 and the Kennedy Center in Washington on April 10, are bringing these works to light with the help of a number of Juilliard students including the Biava Quartet and the N-E-W Trio, among several others. Juilliard alumnus and faculty member Itzhak Perlman will headline the Kennedy Center concert, being a longtime proponent of Jewish music himself.

The idea for Pro Musica Hebraica began four years ago with Charles Krauthammer, a Pulitzer Prize-winning political columnist for The Washington Post, and his wife, Robyn Krauthammer, who together run a foundation in their name. Mr. Krauthammer had been particularly struck by the number of Jewish composers who fell between the cracks of history and he resolved to help shed new light on them.

“Many people have the perception of Jewish music as being either Israeli folksongs or liturgical music, but there’s a whole universe of Jewish art music,” Mr. Krauthammer said in a recent interview. “Actually, Jewish classical music is not well known and we wanted to bring it to the attention of the concertgoing public. We saw this as a fairly circumscribed, fairly narrow project that has larger ramifications if we find an audience for this kind of music, which I’m fairly confident we will.”

The Krauthammers hired James Loeffler, a musicologist and professor of European Jewish history at the University of Virginia, as research director. They also assembled an advisory team that includes conductor James Conlon, who for several years has championed composers affected by the Holocaust (see related article). While the first program focuses on Russian-Jewish composers from the early 20th century, future installments will show other strands that emerged when Russian Jews migrated to Western Europe, Israel, and the U.S., and their music intersected with other national styles.

“We were interested in starting with an area of modern Jewish art music that’s perhaps the least known,” explained Loeffler, who has spent years trawling through archives in the former Soviet Union, seeking out unpublished manuscripts and field recordings. “We know a lot more about composers from Central Europe and their activities in the 20th century and then their migrations to the States and elsewhere. Much less is known about Eastern Europe.”

Many of the composers on the inaugural concert went straight to the sources in researching and collecting the most distinctive, ancient examples of Jewish liturgical chant, folk songs, and instrumental tunes. Rokowsky, for instance, based his 1914 violin sonata Fantastisher Tants (Fantastic Dance) on an obscure melody belonging to the mystical Lubavitch Hasidic sect of Judaism. Krien composed two Evreiskie eskizi (Jewish Sketches) for clarinet and string quartet (1909 and 1910) using melodies from his father’s klezmer repertoire.

The Biava Quartet and Israeli clarinetist Tibi Cziger will perform the second of Krein’s Sketches along with a recent piece for the same instrumentation: Osvaldo Golijov’s 1994 The Dreams and Prayers of Isaac the Blind. Here Golijov merges his Russian-Jewish upbringing with the music of his native Argentina, while combining the klezmer clarinet idiom with the mystical religious traditions of the kabbalah.

Jason Calloway, the cellist of the Biava Quartet, finds that these works challenge the performers to walk a fine line between formal string quartet and joyful klezmer band. “The difficulty is to know how far to go—to read it at face value and play what’s on the page, or put the klezmer influence in it,” said Calloway, who also performs in a chamber group devoted to Jewish music called Shir Ami (Hebrew for “song of our people”). He adds that the Biava hopes to take these pieces on tour in the future. “There’s no string quartet anywhere in the world that’s devoting much attention to this stuff,” he noted.

Of course, presenting almost entirely unknown repertoire from the distant past can be a tough sell for any new concert series, even with Perlman and Juilliard on board. Loeffler believes that the series comes at an auspicious moment, however, as there’s been an upsurge in popular forms of Jewish music. He points to the popularity of klezmer in world music circles, and of Matisyahu, the Hasidic reggae artist who recently topped the Billboard pop charts.

There are also questions about the sheer depth and quality of this repertoire. After all, wouldn’t the best of it have already found a way into the public consciousness? Plenty of gems are still out there, said Loeffler, and the difficult part is determining which are best suited for the contemporary concert hall. Many are short-form miniatures with decidedly quirky instrumentation, such as a string quartet with harmonium, or a trio of flute, violin, and harp. “It’s not so much finding the great pieces, but plucking together what will work to hold audience interest, rather than present a series of short little miniatures.”

While Pro Musica Hebraica will start out modestly, with just two programs planned for next season, Krauthammer hopes that the series will eventually grow to include collaborations with orchestras and freshly commissioned works. He says he believes Juilliard’s participation is vital, as student musicians can invest in its future dissemination.

“Juilliard has the young people who have the eagerness to learn new music,” Krauthammer said. “Established performers don’t have the time and the leisure to learn new music. The ultimate objective and ultimate success would be for some of this music to find its way into the repertoire. By having young people play it, they might fall in love with some of it and we might be establishing a tradition.”

Loeffler believes that the aspirations of the St. Petersburg composers will set the bar for the entire project. “These composers were asking some of the same questions we’re asking today: What does a Jewish art music style sound like? What could it sound like? What does it mean to the different individual composers? It tells us something not only about Jews but also the development of the whole of Western music.”

Polisi's Biography of Schuman Is Published
At Van Cliburn, Good Exposure Is Second Best to Gold
A Story to Tell