No discussion of the intersection of technology and theater would be complete without a mention of Spider-Man: Turn Off the Dark, the high-flying spectacle whose malfunctioning equipment—resulting in serious injuries—helped make it the most expensive musical in Broadway history. 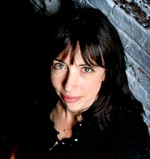 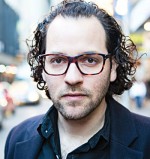 How has technology impacted the creation of new works in music, dance, or theater?
A Meeting of the 18th and 21st Centuries
Michelle Di Bucci
Anthony Barfield

“I think it’s our great contemporary example of the hubris of how to use technology in the theater,” Sam Gold (Directing ’06) told The Journal in a recent interview for our technology issue. “Just because we have the ability to automate and fly people, and we have the math and the computers for it, I think there’s a mistake people are making to underestimate the amount of resources it takes to get that stuff right.”

So when Gold was hired to direct Fun Home—Lisa Kron and Jeanine Tesori’s musical adaption of Alison Bechdel’s graphic novel about her relationship with her father—which was at the Public Theater this winter, he approached with caution.

“We thought a lot about the visual elements of that book and how a stage adaptation would incorporate images,” he said. And then he and his team began to experiment, traveling to Bechdel’s Vermont studio, videotaping her as she drew cartoons, watching as she scanned her images into Photoshop and tinkering with all those components in a workshop.

After which he made a hairpin turn.

“We could have turned that whole stage into a living graphic novel,” he said. “But I wanted to use theater’s language to tell the story, and that meant we wound up stripping away everything out of the book and doing the show on an empty stage with a bunch of props and furniture, and using one image at the end.”

“I have a love-hate relationship with technology,” he admitted, “and in the end I felt that technology was making it very easy for me to go in a direction that wasn’t the most hard-earned way to tell the story.”

Technology or no technology: increasingly that is the question, according to James Houghton, the Richard Rodgers Director of the Drama Division at Juilliard. As technology—whether sound, lighting, music, or video—has become more efficient, more affordable, and more refined, its integration into the theater has soared, leaving directors teetering on that fine line between too much and not enough.

Think of technology as the palette, Houghton suggested, with theater-making as the canvas. “In an interesting way, it’s a color, and like any color you can overuse it or you can use it to underscore and highlight,” he said in an interview with The Journal. “In a worst-case scenario it can strip away that three-dimensional, human complexity of a work. In its best case it can open up a world for an audience and an artist that can be quite transformative.”

As recently as five years ago, the Signature Theater Company, of which Houghton is the founding artistic director, had projections in 1 out of every 10 plays. Now it’s more like 8 out of every 10.

And at Juilliard the technology boom is placing new demands on the School, leading to the creation in 2012 of the Center for Innovation in the Arts (formerly the Music Technology Center; see Page 11), designed to nurture the development of interdisciplinary multimedia works.

“I think that you never really want it to be about the bells and whistles because that gets tiring really quickly,” faculty member Edward Bilous (M.M. ’80, D.M.A. ’84, composition), the center’s director, said of the incorporation of technology. “It has to be an organic outgrowth of the concept of the piece.”

For Joanna Settle (Directing ’97), visual pyrotechnics take a back seat to sound in Family Album, Stew and Heidi Rodewald’s musical, set in a recording studio, about middle-aged rockers on the tour of a lifetime. In a two-week December workshop for the musical, to be presented at the Oregon Shakespeare Festival in July, a cast of actor-musicians rehearsed 28 songs at Complete Music Studios in Brooklyn, becoming a band in the process.

“Oftentimes, a new play is developed around a reading, with music and other technology elements added later,” Settle told The Journal. “Stew has come fundamentally in his story from a place that builds out from the music. Technologically speaking, the first thing we do is plug in, and then we write the themes that the songs don’t cover.”

Settle, who was recently appointed director of the Ira Brind School of Theater Arts at the University of the Arts in Philadelphia, typically works with both a sound designer and a sound system designer.

“Sound creates architecture for a space, but so often what we have in the theater are the two big speakers overhead hitting us with sounds that are sort of equal to the voices,” she said. “I’m interested in what happens when that rumble literally comes from under your chair. Or that little sound comes from behind you while this other kind of sound is approaching from in front of you. Or when a sound moves around the space in a way that can be dizzying.”

But in the end, all the bells and whistles and projections and speakers may not matter if the story, in its purest form, is a good one.