The New Juilliard Ensemble’s long list of world premieres will grow by three on April 1. That night two new works by Juilliard composition students (winners of N.J.E.’s annual audition process) and one by Dutch composer Robin de Raaff will be performed. Also on the bill is a cello concerto by the late Ukrainian composer Valentin Bibik. 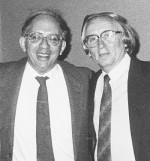 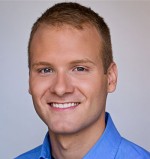 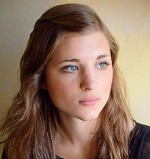 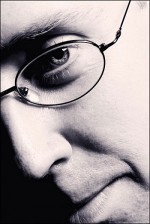 This year’s winners are Michael Ippolito (M.M. ’10, composition), an Evening Division faculty member and a doctoral student from Tampa, Fla., and Molly Joyce, a fourth-year undergraduate from Pittsburgh. Both of them found their initial inspiration outside music.

Ippolito’s piece is called A Feast of Fools, and its three movements were each inspired by “medieval acts of foolishness,” he wrote me. “The medieval feast of fools was a time of drunkenness and bawdy humor, of social inversion, ceremonial parody, and licensed foolishness.” One reason Ippolito has always loved this image, he wrote, is that “it defies our conventional impression of the Middle Ages as a bleak and humorless era.” But it’s also a reminder “that people are essentially the same throughout history, not so much because we share lofty goals and higher purpose, but because we have been making the same stupid jokes and acting like fools for centuries.”

The other winner, Molly Joyce, has recently been interested in composing for dance and “movements of the human body in general,” she wrote about her N.J.E. work, Immovability. “When beginning this piece, I started thinking about how when the body is more movable, it is perhaps seen as an asset, and when the body is immovable it is often viewed as a dysfunction or disability.” Part of her inspiration came out of knowing that she would be in control of whether something was immovable—and whether that would be a disadvantage. “In my opinion it is sometimes more beautiful and interesting for something to be immovable,” she wrote. “I thus began to think about this idea in relation to music and the instrumentation for this piece. Since there was only one percussionist allotted in the instrumentation, I viewed the percussionist as setting up the ‘immovable’ aspect for the piece and to have the rest of the ensemble grow from that musically.”

The third premiere is the Percussion Concerto by Robin de Raaff, one of the Netherlands’ leading composers. I had worked with him before—N.J.E. performed his Der Einsame im Herbst in 2002, and he offered to write a concerto for this spring’s concert. He eventually decided it would feature percussion, an idea that followed naturally on the dramatic role he gave to percussionists in his 2004 opera RAAFF. Furthermore, his earliest music-making contained a strong component of pop and rock. As he started developing the ideas for this concerto, he realized that in his symphonic music, the percussion section usually formed a background, whereas in a concerto the soloists should generate ideas. He solved the problem by featuring the marimba, realizing that its fully pitched sound allows it to be embedded in the texture of the ensemble without being “masked” by it.

The program concludes with the Cello Concerto No. 2, Op. 144, by Ukrainian composer Valentin Bibik (1940-2003), whom I first met while touring Ukraine in the last year of the Soviet Union. Bibik headed the Composers’ Union chapter in Kharkiv, the third largest city of the Soviet Union, which was effectively obliterated during World War II. Kharkiv was a sad place in 1990—rebuilt in the hasty postwar Soviet fashion, down at the heels, and demoralized. But Bibik was a powerfully liberating force for his students and encouraged progressiveness. He later arranged for me to conduct a program with the Kharkiv Philharmonic—their first time playing Ives!—and we remained in close contact over the years as he wrote several pieces for N.J.E. and Continuum, a new-music ensemble of which I am the co-director. As conditions in post-Soviet Ukraine deteriorated, Bibik and his family moved to St. Petersburg, where his daughters were studying, and then to Israel, where he taught until he died at the age of 63. The most indelible image of him that I retain is the incredible sweetness of his voice, something reflected, I think, in the pervasive, intense lyricism of his music.

Bibik composed this cello concerto in 2001 and it had its premiere in Tel Aviv 11 years ago by cellist Hillel Zori with the Tel Aviv Chamber Orchestra conducted by Leonty Wolf. That was the last concert of Bibik’s music during his lifetime. N.J.E.’s performance of it will be the first outside of Europe and Israel. (Last year it opened a Kiev Philharmonic concert series commemorating the 10th anniversary of his death; Boris Andrianov was the soloist and Roman Kofman conducted.) In 2000, Continuum made a CD of his chamber and solo music on the TNC label.

This concert is the N.J.E’s last for this season; some members of the ensemble will perform at the Museum of Modern Art’s Summergarden series in July.