The Latest on Faculty, Staff, and Students April 2015 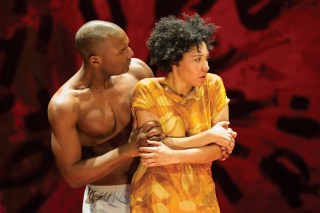 In December, Conrad Cummings’s opera The Golden Gate won the Fort Worth Opera Frontiers competition; excerpts of it and other competition winners will be performed on May 7 and 8.

In November, graduate studies faculty member Michael Musgrave spent three weeks as an invited scholar of the Baden Baden (Germany) Brahmsgesellschaft, where he worked on the forthcoming edition of Brahms’s German Requiem for the Johannes Brahms Gesamtausgabe. Also in November, he spoke at the book launch of Brahms in the Home and the Concert Hall: Between Public and Private Performance (Cambridge University Press; edited by Katy Hamilton and Natasha Loges), for which he wrote the foreword. The book launch was held at the Royal College of Music.

In March, Jane Gottlieb, vice president for library and information resources, was awarded the Music Library Association’s citation for lifetime achievement in recognition for her 30 tireless years of enhancing the prestige of both the Juillliard library and of music librarianship generally.

In January, the Doublestop Foundation, of which development associate Matthew Way (BM ’02, MM ’05, double bass) is executive director, donated four violins, two violas, and two cellos to Harlem School of the Arts in an effort to replenish a portion of a destroyed string collection. Maria Ahn (Pre-College ’87; BM ’91, MM ’93, cello), strings chair at Harlem School of the Arts, facilitated the donation, which was made through the foundation’s Regrant Project.

In February, development staff member Emily Werne, who is manager of alumni relations, participated in two performances at Carnegie Hall. She and historical performance harpsichordist James Kennerley sang with the Marble Collegiate Choir. Werne also sang with the Bard Festival Chorale and the American Symphony Orchestra in a performance of Von Schilling’s Mona Lisa.

In February, Artist Diploma in Opera Studies soprano Julia Bullock made her English National Opera debut in the title role of Purcell’s The Indian Queen. Tenor Noah Stewart (BM ’01, voice) sang the role of Don Pedro de Alvarado. The production was by Peter Sellars, who will receive an honorary degree from Juilliard this spring.

In February, fourth-year violist Michael Casimir won second place in the senior division of the 18th annual Sphinx Competition, which was held in Detroit. In the finals concert, which is available on YouTube, Casimir performed the solo in Weber’s Andante and Hungarian Rondo with the professional all-black-and-Latino Sphinx Symphony Orchestra, which was guest conducted by Andrew Grams (BM ’99, violin). The jury included Jeffrey Zeigler (’01, resident quartet) and Philippe Quint (Pre-College ’92; BM ’96, MM ’98, violin).

Pre-College students James Yang, violinist, and Kang Min Shin, guitarist, have been accepted into the Young Musicians Program of the Chamber Music Society of Lincoln Center. They will perform together at Alice Tully Hall on April 23.