This year’s Focus! festival, themed California: A Century of New Music, began with Juilliard’s decision to present John Adams’s opera The Death of Klinghoffer on January 31. Its inclusion in Focus! 2009 was a wonderful opportunity to explore the musical world of California. While a few California composers are well known—such as Lou Harrison, Henry Cowell, John Adams, and Terry Riley—the flowering of California composition in a phenomenal variety of styles is less familiar. The answer to the question, “What is ‘California music’?” is “Everything imaginable, and more.” 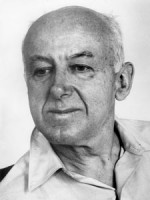 The music of Henry Cowell, who established California as a center for new music, will be heard in this year's Focus! festival. 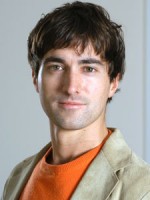 Adams Conducts His "Klinghoffer" for Focus!
Henry Cowell: A Life Stranger Than Fiction

California’s transformation from a rural backwater to one of the world’s largest economies is one of the great stories of the last 100 years. At the beginning of the 20th century, it had 1.5 million people and only one true urban center: metropolitan San Francisco, where one-third of Californians lived. Although it was a haven for writers and artists and sported a lively bohemian culture, the city had a weak musical life, which was slowly growing until the city was destroyed in the 1906 earthquake and fire. Then, all attention focused on rebuilding the city. (Musicians were on the scene: the mayor, a former official of the musicians’ union, was convicted of embezzling reconstruction funds.) The Boston Symphony’s 1908 tour motivated the locals to create a San Francisco Symphony, which began performing in 1911. A regular opera company followed a decade later. By then, the area’s population had reached more than a million—enough to support arts institutions.

In 1900, Los Angeles was scarcely more than a small town, with about 190,000 people in its entire metropolitan area. Superb weather made the region a developer’s paradise, however. One of the largest propaganda campaigns in history—a gigantic advertising blitz promising sunshine, cheap homes, and jobs—drew people by the hundreds of thousands. By 1920, the area population had grown to a million. Lured by the fine weather, the movie industry emigrated from New York to L.A. With wealth finally came stable musical institutions, although the real explosion of musical life in Los Angeles took place after World War II.

Growing California also required expanded higher education. The University of California, located in Berkeley since 1873, gradually expanded to 10 campuses. A group of teachers’ colleges were amalgamated into California State University, which now has 23 campuses. There is also a community-college system. Private colleges abounded. Gradually, the schools also became centers for music.

Back in the 1920s, however, there was very little opportunity for concert composers, and almost none for unorthodox composers. Enter Henry Cowell. His life, plagued by poverty and shaped by his unorthodox parents and their artistic friends, bequeathed him an independent personality lacking the East Coast musician’s reverence for the European tradition. Growing up partly on the edge of San Francisco’s Asian slums, with Asian playmates, he never was told that Western music was supposed to be better than all others and became one of the first important proponents of “world music.” At his 1923 piano debut, he shocked the world with his unprecedented piano music, which uses the fists and arms in addition to the fingers, or requires playing directly on the strings. By 1925 Cowell had performed nationally and toured Europe, generating vast publicity.

Above all, he yearned to do something for the larger compositional world. In 1924 he decided to form a California branch of Varèse’s International Composers Guild. Although the guild collapsed shortly thereafter, Cowell’s West-Coast branch, called the New Music Society of California, was up and running on October 22, 1925, with an unprecedented concert of modern music in Los Angeles. Cowell then moved his society to San Francisco, working out of his tiny home in Menlo Park. The New Music Society concerts were among the few opportunities to hear new music in the U.S. outside the East Coast.

Cowell, however, quickly concluded that concerts were too ephemeral. Composers needed to be published. In creating New Music Quarterly, a magazine comprising compositions that were off the radar of commercial publishers, he made California the main source of printed unorthodox music. The quarterly’s chronic financial problems were solved when Charles Ives offered to be its patron. Cowell persuaded him to permit the publication of Ives’s own music, making New Music Quarterly Ives’s first—and for years, only—publisher. (Later it became Ruth Crawford Seeger’s sole publisher.)

When Germany’s inflation made engraving cheap, Cowell began New Music Edition, an orchestral series. When electrical recording technology promised decent sound quality, Cowell started New Music Quarterly Recordings. Simultaneously, the Pan-American Association of Composers, also directed by Cowell, used the European economic crisis as an opportunity for groups like the Berlin Philharmonic to present Europe’s first concerts of American orchestral music. By the time the Depression demolished many of these ambitious projects, Cowell and his colleagues had established a good infrastructure for American modernist composers and drawn musicians like Aaron Copland to set up their own institutions. Californian unorthodoxy, combined with Eastern money, had put American composition on the map. By the 1930s, American composers were appearing all over, though still not too many in California.

When the Nazis kicked out Europe’s modernists, however, some of them re-established themselves in California, including Arnold Schoenberg, Igor Stravinsky, Darius Milhaud, Ernst Krenek, and Ernst Toch. Like the performers who settled there (among them, Heifetz and Piatigorsky), they became a magnet for others. Hollywood attracted other composers and performers. As the state’s war industries blossomed, the stage was set for post-war cultural life. Then, in addition to Piatigorsky, Heifetz, Schoenberg, and Milhaud, less famous but equally significant pedagogues, such as the Schoenfeld sisters, Eleanor (cello) and Alice (violin), produced legions of astonishing students.

New-music concerts also revived after the war. Stravinsky and his colleagues presented the latest in new music at the famous Evenings on the Roof at the Los Angeles County Museum. Those concerts contained a big dose of European-style modernism, but unconventionality was blossoming elsewhere. Cowell’s argument for cultural fusion found fertile soil in California. Although Cowell himself, and his student John Cage, now lived in the New York area, Lou Harrison, the third member of their pre-war circle, returned to California and brilliantly gave new life to the trans-ethnic fusion that Cowell had envisioned. Terry Riley and the young John Adams established West-Coast minimalism. Transplanted Michigander Robert Erickson helped make San Francisco a center of improvisatory music, electronic music, and new-music broadcasting. Heading south, he became the guru of new music at the University of California, San Diego, whose current faculty includes stellar figures such as Roger Reynolds and Chinary Ung. The Other Minds Festival in San Francisco, led by composer and broadcaster Charles Amirkhanian, ensures that alternative voices, such as performance artists, get hearings. Excellent California-based new-music performers abound. From a backwater, California has evolved into one of the world’s liveliest environments for composers.

Focus! 2009 thus has a huge amount to celebrate. In five concerts and one opera production, it will survey the California scene through performances by Juilliard students and the St. Lawrence String Quartet, which will premiere Adams’s String Quartet. Because Focus! lives to create performance opportunities for our students, it will necessarily shortchange California’s “performance art.” Otherwise, the repertory will span the century from Cowell’s youth to today’s young composers, featuring John Adams, arguably today’s most famous California composer. Cowell, who would be 112 on March 11, 2009, would be astounded by what he started.