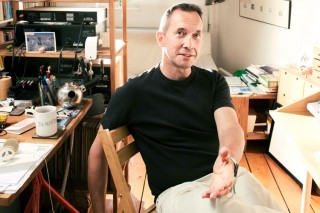 Jonathan Dove's three-act opera Flight has enjoyed phenomenal success since its 1998 premiere, as a commission by the Glyndebourne Festival. Opera Theatre of St. Louis staged the first U.S. production, in 2003, and to date Flight has been performed more than 85 times around the world in productions for mainstage opera companies and music schools alike. This month, Juilliard Opera opens its season with a new production of this comedy for 10 singers and large orchestra. Conductor Steven Osgood and director James Darrah are each Juilliard veterans: Osgood conducted Conrad Susa's Transformations here in 2010, and Darrah directed Handel's Radamisto in 2013. They recently collaborated on Opera Philadelphia's world premiere production of Missy Mazzoli's opera Breaking the Waves. 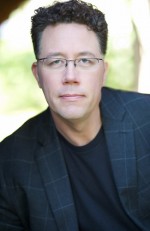 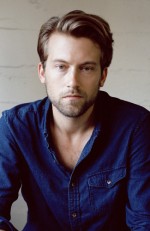 London native Dove is a prolific composer whose versatile writing for the stage and passion for communicating with audiences place him squarely within the tradition of Benjamin Britten. And like his predecessor, Dove has explored the myriad ways in which opera can engage varying target audiences. His catalog of 28 stage works includes operas for children, the “church opera” Tobias and the Angel (1999) for professionals and amateur chorus, numerous chamber works, television operas on the death of Princess Diana and the first moon landing, and a pair of micro-operas lasting under a quarter of an hour.

The latter (Pig and Greed, both from the early 1990s) were Dove's first collaborations with the British playwright April de Angelis, who wrote the libretto for Flight. Several years before Steven Spielberg's film The Terminal (2004), de Angelis and Dove turned to the true-life story of Mehran Karimi Nasseri, an Iranian refugee who lived for years in the limbo of an airport lounge after losing his identification papers. Drawing loosely on his predicament, Flight dramatizes the interactions of an unnamed Refugee with the travelers who cross his path as they attempt to deal with their own problems.

Dove was specifically attracted to the model of Mozart's The Marriage of Figaro as a comedy that gathers momentum through animated ensembles for its broad spectrum of characters. “I loved the idea of being able to write something with a lot of ensemble and detailed interaction between the soloists,” the composer said. Having worked with opera companies starting right after he graduated from Cambridge, Dove had already gathered a rich store of theatrical savvy and practical knowledge about writing for the voice by the time he received the Glyndebourne commission. Each of Flight's characters is delineated by a particular voice type, from high coloratura soprano—well-suited to the airport's Controller (Rebecca Farley) stationed in the traffic control tower—to booming bass for the Immigration Officer (Cody Quattlebaum). Sung by a countertenor (Jakub Józef Orlinski), the Refugee is symbolically “trapped between two worlds,” Dove said.

“A large percentage of Flight involves ensemble singing,” said Darrah, who counts Juilliard faculty member Stephen Wadsworth among his most significant mentors. “At the same time, every role is incredibly nuanced. The libretto is brilliant and gives you a lot of information about the characters,” which makes directing Flight an engaging challenge. In fact, Darrah became so interested in its potential that he chose it for his MFA thesis project at U.C.L.A.

Osgood concurred: “Nothing is left undeveloped—even the smallest vocal role takes on a huge amount of importance and becomes fully characterized, which is what makes this an exciting opera for Juilliard students. In addition to that, it features thrilling orchestration. The action takes part just as much in the pit—and with Dove's large orchestra, it will be packed down there. We'll all be very close friends by the end of this show!”

Along with his natural affinity for writing for the voice, Dove has been praised as a brilliant orchestrator. He added some highly useful tips to his composer's toolkit early in his career thanks to an unusual project: a commission to adapt Wagner's vast Ring cycle into a two-evening affair using a chamber orchestra. “One important thing I learned is how important an element color is for telling a story,” he said. The Flight scenario presented a composer's dream: the prominent dramatic presence of planes taking off and a storm raging outside suggested major orchestral events.

Osgood admires Flight's success in that rare genre of contemporary operatic comedy. “Composers have thrown themselves for centuries into the blood and guts and tragedy of the operatic medium. Comedies are incredibly difficult onstage, because timing is critical for any joke to land and register with an audience. In a spoken theater piece, the director can work intimately on the comedic timing of every single moment, but in opera the timing has already been dictated by the composer,” he said. “So for a composer to be able to adequately address the intricacies of comedic timing, you require a separate skill set from what initially goes into building an operatic composer.”

But if Figaro's antics and brilliant ensemble writing served as a comedic model for Flight, so did the pathos that underlies Mozart's sense of music theater. “It's funny but there are also shades of a deeper human reality,” Darrah observed. “There's a darkness in the comedy as well, and of course some of the themes have deepened because of recent global unrest.”

“Airports have always fascinated me as a location,” Dove said. “People arrive at the airport with various hopes and fears. They think when they travel away they will start a new life. But this was written pre-9/11, when air travel was much more carefree. One thing I noticed while watching a production last summer in London was that it felt curiously more topical.”

Part of the appeal of Flight is the recognizability of its setting and characters—its realism—alongside something more archetypal. “The idea of flying was the stuff of fairy tales for millennia,” Dove said. “It still connects with the dreams and fantasies of childhood, even though it has become a scientific fact of modern life.”

The Devil Gets the Best Tunes
Spotlight on Jay Campbell