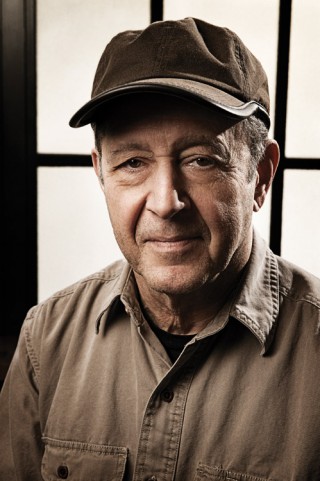 This fall’s celebration of new music includes AXIOM’s celebration of Steve Reich (’61, composition), who has been called the most original musical thinker of our time by The New Yorker and who turns 80 this month. The following is excerpted from an interview faculty member Ray Lustig (MM ’05, DMA ’10, composition) conducted with Reich on the occasion of his 70th birthday; it appeared in the December 2006-January 2007 Journal. This month’s all-Reich program, conducted by Jeffrey Milarsky (BM ’88, MM ’90, percussion), includes Music for Mallet Instruments, Voices and Organ (1973), Double Sextet (2007), Mallet Quartet (2009), and City Life (2009).

How did Juilliard fit into your development as a composer?

What I learned most at Juilliard was that the most important thing as a composer is to compose and to write pieces. And the wonderful thing about Juilliard—or indeed, any conservatory—is that there are lots and lots of performing musicians around. So you, at lunch time, can sit down at a table and get together with a group of people and say, “Hey, I’d like to write a string quartet. Would you guys be interested in playing it?” And maybe, if you’re lucky, it’ll all work out, and they will be. You meet performers, you get friendly with performers, and you have the opportunity to write for them. There is no better teacher than the practical experience of writing the piece, having it played, having it criticized by the instrumentalists as to whether it fits their instruments well, whether it’s idiomatic writing or not, what’s difficult about it, what mistakes you’ve made in terms of fingerings—all these details. This was the most invaluable part of my experience at Juilliard.

I should also add that my occasional studies with Vincent Persichetti (faculty 1947-87) were extremely valuable, because he was one of those rare individuals who is really gifted at teaching. You can teach, but you may do that simply to make a living; most composers are, unfortunately, in that position. Persichetti was a man who was able to become his students. He knew who you were. And not only who you were, but who you were on Wednesday, the 25th of March, 1959—and what you needed, that day, to understand. He was such an outstanding musician that he could improvise any style. He could understand any style, including the one you were trying to work out. And he had a vast grasp of musical history, and could therefore point out to you what you were doing that was related to earlier styles.

Do you have thoughts on the role of a conservatory, for both performers and composers, in fostering new music?

Absolutely. As far as learning by doing—that is, by writing pieces and having them played—a conservatory is a marvelous place to do that. Another thing you learn at a conservatory is to study the music of the past, and to imitate it yourself. And that is a worthwhile activity. To come up with an original style while you are still a student may occasionally happen, but generally speaking, what happens when you’re a student is that you are imitating older styles. Also, you may be doing exercises in formal disciplines like four-part harmony or species counterpoint, and you may wonder to yourself, what possible use will this have for me? Well, I would like to say that I remember being about 35 years old and writing Music for Mallet Instruments, Voices and Organ, thinking to myself, “My gosh! I’m 35 years old and I’m writing four-part harmony.” Well, I wasn’t following all the rules, but I knew what the rules were, and I knew why I was breaking them. These simple, traditional disciplines can sometimes feel onerous and irrelevant. But take my word for it, they will—in unforeseen ways—become relevant. And that’s what’s interesting.

As a performer of your own music, you probably have a more dynamic relationship with it than you would if you left your music to players. What can you say about your role in your music-making as a composer-performer?

Well, I think it was a crucial thing for me to do when I was younger. When I was a music student, serial music—music of Boulez (faculty 1972-75), Stockhausen, Berio (faculty 1965-71), and John Cage, in a sense—was all the rage and the necessity. And that music was exceedingly difficult. Very few people could play it. People who wrote pieces like that, I doubt that they heard a lot of it in their heads, these student composers. They certainly never played it at the piano. And at night, I would go and hear John Coltrane, who’d pick up his saxophone and play. And I was presented with a kind of moral musical dilemma. It seemed that Coltrane had it right, and that these people writing this complex music they could neither hear nor play had it wrong. And so I thought, “Well, whatever limitations I may have as a performer, it’s important that I perform in my own pieces.” And I started doing that back in the 1960s. And it’s stood me in very, very good stead, because you are involved with other performers in a way that performers respect. And it put me in touch with what I could do and what I couldn’t do—and what I couldn’t do, I simply left out. Now, as years passed, I began to write things that, in fact, I couldn’t play; because I had done so many pieces that I’d been involved in, I felt free to do that and to write beyond my own means. But without starting out that way, I don’t think I would’ve been able to write as solidly and as well for musicians as I subsequently was able to do.

Where Music Meets Science
Both Sides Now: Bringing Back the Pianist-Composer