This semester, renowned musicologist Christoph Wolff joins Juilliard’s graduate studies faculty. A professor of music at Harvard University who is widely published on the music of the 15th to 20th centuries, Wolff is best known for his studies of J.S. Bach. Before joining the Harvard faculty in 1976, he held faculty positions at Erlangen, Toronto, Princeton, and Columbia universities, and he studied organ and historical keyboard instruments, musicology, and art history at the universities of Berlin, Erlangen, and Freiburg. His knowledge and influence are far-reaching: among his most recent books is Johann Sebastian Bach: The Learned Musician (W.W. Norton, 2000), which has been translated into eight languages. The recipient of numerous awards and honorary degrees, Wolff serves as director of the Bach-Archiv in Leipzig, Germany, and president of the Répertoire International des Sources Musicales. In a recent interview with doctoral candidate Toni Marie Marchioni, he discussed his spring semester class, “Bach’s Early Years in Leipzig.” 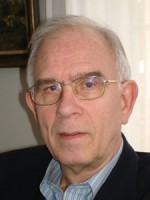 Christoph Wolff’s spring class gives a class of primarily performers a chance to learn about the crucial early years of Bach’s career.

How did you become involved with Juilliard?

I started my teaching career in the U.S. in 1970 at Columbia, where I made quite a few friends on the Juilliard faculty. When I went to Harvard, in 1976, there was considerable student traffic of Harvard graduates who then continued [their] studies at Juilliard. So there is a close personal relationship with former students, with current faculty, and so forth. But it was with the Juilliard Manuscript Collection that I became more directly involved with a number of issues. When it was officially announced [in 2006], I had the honor of describing some of the treasures in that collection at the press conference. I am coming to a familiar place in a way.

Can you give us a sneak peek into your class?

I’ll be teaching the music of J.S. Bach, specifically his early years in Leipzig. I thought it would be fun to have a class of primarily performers to talk about these particularly crucial years in Bach’s career as a musician, teacher, and composer. During these years, he primarily focused on the composition of vocal music, but he composed chamber works as well. As a keyboard virtuoso, he never gave up performing and writing for keyboard instruments, notably organ and harpsichord. It’s a broad range of materials that we will cover, but it is particularly important—Bach had never been in a situation like that before, where he was responsible for running a major music program. If you think of his previous activities as court organist and as Kapellmeister in Köthen, he had limited responsibility and opportunity. Now in Leipzig, he was Mr. Music for the town, and that gave him a great deal of encouragement to try out this and that, and to be engaged on a very broad scale.

What is Bach’s historical significance during this time?

Historically, there is a sense of chronology, of cultural history, of how Bach relates to his contemporaries. But also, put him in a broader context. For instance, where does he come from? Bach was one of the very few musicians of his time who had a historical interest. He really studied music of the past. He looked at works by Frescobaldi and Palestrina. At the same time, he was always forward-looking because he was a teacher. He had many students, and he wanted them to have a firm grounding to make their own contributions to modern music. Think of his sons: they all were carrying that baggage, but as something they could use for creative purposes. If you think of the Bach students and family members as linking the Baroque period and the Classical period, you can see how Bach carries things forward. Some of his works, like his Well-Tempered Clavier in particular, open up something that was unthinkable previously. Namely, tonality as we know it today—or as the 19th century really explored it—was unthinkable without the groundwork that was laid by Bach. There is this element of looking into the future but at the same time, considering the past. J.S. Bach is, in that respect, one of the most fascinating figures in the history of music.

Do you anticipate changing your teaching approach to work with students who are primarily performers?

I think the emphasis might change because performers look at music from a different perspective: they are primarily concerned with how to bring this music alive today. Having been a performer myself in my early days, I know what the concerns are. Therefore, I find it particularly exciting and challenging to get back to this perspective, to translate into the language of a performer.

What are your current research projects?

I’m putting the finishing touches on a Mozart book—a study that deals with the last four years of Mozart’s creative life, his period as Imperial Kapellmeister in Vienna. I am discussing this period as a new beginning, rather than as the evening of an old composer. Mozart was only 36 years of age when he died, and he might have lived quite a bit longer. I think one traditionally looks at Mozart in the way that the last symphonies are the late symphonies. But they are not really late in the sense of the products of a wise, old man. I look at these works from the perspective of a very new start that was, of course, cut short.

If you were the world’s most foremost scholar on a composer other than Bach, who would it be?

It would definitely be Mozart. That’s an easy choice. Other than that, I’m not really fixed on individual names. I am very interested in the large-scale developments throughout several centuries of the history of music. I think a historian has to be looking at very different things. If you understand what’s happening in the Middle Ages or the Renaissance or in the 19th or 20th centuries, you have a better way to look at your own research specialties.