The opening concert of the New Juilliard Ensemble’s 17th season celebrates the beginning of an especially exciting year—one in which we will no longer have to dodge construction. While we shall not miss the noise, those of us who have had the opportunity to talk with the workers will miss hearing about the pride they have taken in working on a project using many novel techniques and materials, so different from erecting an apartment house or office building with dozens of identical floors stacked atop one another. Many workers saw their work as an appropriate counterpart to the intricate labors of Juilliard’s artistic community, whose dedication made a deep impression on them. 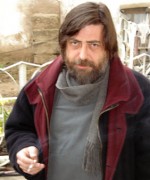 For some members of the ensemble, the season began on July 5 with the opening of the 2009 Summergarden series at MoMA. This year the series was reduced by 50 percent for financial reasons, but we of N.J.E., the MoMA production staff, and Jazz at Lincoln Center—which also participates—rejoiced that the museum was determined to keep the concerts alive even in the current climate. The programs were devoted to music never heard in New York, a theme that certainly did not deter listeners; about 900 people attended each of the two N.J.E. performances.

The N.J.E. season at Juilliard will feature four concerts, as usual. To celebrate the renovations and opening of Juilliard’s new spaces, it was decided to commission a composition for N.J.E. Juilliard’s international character made me think that a composition by a composer with global connections would be appropriate. My personal favorite was the Uzbekistan composer Dmitri Yanov-Yanovsky. Although I thought I might have to persuade the administration, Dean Ara Guzelimian immediately agreed that Yanov-Yanovsky was a superb composer. Dean Guzelimian had gotten to know Yanov-Yanovsky’s music while he was still at Carnegie Hall, thanks to Yo-Yo Ma’s Silk Road Project.

My overriding reason for suggesting Yanov-Yanovsky was musical. But I had a secondary motivation. As a young composer, Yanov-Yanovsky had created a superb new music festival in Tashkent, the very cosmopolitan capital of Uzbekistan, Central Asia’s most populous country. During the 10 years in which he directed it—always slaving to find funding—he brought an impressive array of performers and composers from all over the world, giving local listeners a real education. Simultaneously, however, political conditions there deteriorated into dictatorship. The festival finally ended in tension between Yanov-Yanovsky and the cultural authorities who wanted to take control. The festival died and he resigned from the Tashkent Conservatory, whose administration had caused the festival serious problems. Leaving the conservatory’s faculty made little difference financially for Yanov-Yanovsky, because teachers could never count on receiving their paltry salaries. When Yanov-Yanovsky visited New York a few years ago, I asked how long he could hold out in Tashkent. (He has aging parents, a wife, and a son to consider.) He said he knew he might eventually have to leave, but, pointing to Broadway’s traffic, added that he did not know how he would earn a living. “I am not trained as a taxi driver,” he said. Fortunately, he has many admirers and has received numerous commissions, especially in Europe, which make it possible for him to survive. Now he is beginning his second year on a fellowship from Harvard’s Scholars at Risk program, and lives in Cambridge, Mass. His family still lives in Tashkent.

It seems that even before the commission was offered, Yanov-Yanovsky had an idea for a piece. About a year and a half ago I was surprised by an e-mail asking me how he could get in touch with Woody Allen to get permission to use his words. The composer tells the story in the program note for our upcoming concert:

After I composed Paths of Parables, based on Sufi tales, written for the Silk Road Ensemble in 2006, I started to think and look for [a] text for my next work with a narrator. When I got the commission from The Juilliard School I decided to use the opportunity to realize my idea. I read many different stories and fairy tales from different cultures and couldn’t find the text. Fortunately, soon I was given Woody Allen’s Getting Even where I found his “Hassidic Tales with a Guide to Their Interpretation by the Noted Scholar.” It was the text that I tried to find for a long time. Behind its light, ironical and almost anecdotal form lie deep, serious and almost philosophical ideas, and the text gives ample opportunity for musical embodiment. For my piece I choose three tales of six. As in the case with the Sufi parables, the text plays a dominant role for the musical structure but the same time the text (narrator, its voice) is a part of the ensemble, new, impressive color within the instrumental ensemble.

Yanov-Yanovsky had already set other texts that do not seem to be the natural choice of a Central Asian composer: limericks by Edward Lear. In suites of limericks for singer and ensemble, he demonstrated a wonderful ability to penetrate the comic surface to find an underlying wistfulness—almost sadness—that puts the absurdity of Lear’s texts into an entirely different context. We can expect similar unexpected levels of emotion in Paths of Parables II, the result of the N.J.E. commission. The narrator for the September 26 performance will be Nathan Miller, a fourth-year drama student who has assured me that he will eagerly dive into the role of a Hasidic scholar, despite the fact that he is not Jewish.

The rest of the program will put Paths of Parables II into an appropriately new and global context. There will be another premiere, Rudiments (2009) by the New Zealand composer Chris Gendall. I met Gendall in October 2008 when I gave a concert at Cornell University with my Continuum partner, pianist Cheryl Seltzer. The major feature of the program was the first performance of an exceptionally impressive four-hand piano piece written for us by Roberto Sierra, a professor of composition there. When we were arranging the program he asked if we would permit one of the students to write a four-hand piece for us. Trusting his strong recommendation, we readily agreed. I enjoyed the piece so much that I invited Gendall to write for N.J.E. The September concert also has two United States premieres: the lively Points and Fields (2009), which New Yorker Elliott Sharp wrote for N.J.E’s Tokyo concerts; and Horseplay (1998), a score for London’s Royal Ballet by the Belizean-born British composer, songwriter, and former dancer Errollyn Wallen. The only piece that is not a premiere is Vicissitudes III by the Chinese-born New Yorker Du Yun, who, like Errollyn Wallen, is a woman bubbling with amazing energy.

In addition to four concerts at Juilliard, there are two other activities that will be stimulating even though they do not require the long plane ride that brought the ensemble to Tokyo for its June tour, described in N.J.E.’s Japan Debut. In December N.J.E. will give a concert of aleatoric music at the Smithsonian’s Freer Gallery in Washington, in conjunction with the gallery’s exhibition of ancient Persian and Turkish divining manuscripts—books that were used to make decisions based on randomizing information. In April the ensemble will perform and record a piano concerto by Juilliard alumnus Martin Matalon. A few other possible performances are in the proposal stage. It will certainly be an eventful season 17.