Rising to the Sinfonietta Challenge

On April 12, the New Juilliard Ensemble adds to its long list of world premieres five pieces by a varied group representing four generations: Luca Lombardi, one of Italy’s senior composers; Laura Elise Schwendinger, an American in midcareer; Mohammed Fairouz, an Egyptian-American in the early stages of a busy career; and two Juilliard composition students, winners of the 2012 N.J.E. competition: Soviet-born Canadian composer Eugene Astapov, a second-year master’s student, and David Hertzberg, a fourth-year undergraduate from California. 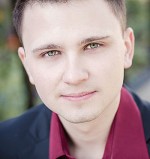 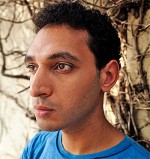 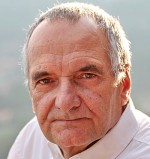 It is always fascinating to see how composers respond to the tricky needs of the standard sinfonietta instrumentation— four woodwinds, three or four brass, one or two percussionists, piano and/or other keyboards, often harp, and only five strings. The most obvious problem is to keep the strings from being swamped. Although many composers would love to expand the string group, it is in their interest to stick with the basic instrumentation, which is common all over the world, lest future performances be jeopardized by budgetary considerations. Even at Juilliard, the crowded schedule limits the number of players available. I therefore impose a tight limit on the orchestration of any commissioned piece and warn Europeans not to use instruments that are rarely available here, such as five-stringed bass or fully chromatic accordion.

For this article, I asked all five composers how they handled the sinfonietta instrumentation. The thoughts of the two students were of particular interest because they are still solidifying their basic skills. Eugene Astapov said that when he wrote his first sinfonietta piece, as a student at Eastman, his teacher warned him of the problems, which he managed to avoid only in part. His second work for sinfonietta was more successful, he felt, but observed that in both pieces he used only one brass instrument, a French horn. Realizing that the problem was both balancing and unifying the contrasting groups, he began using the percussion, harp, and piano as a kind of blending agent for the winds and strings. But by the time Astapov wrote the piece to be played on April 12, Myths of Ancient Bosphorus, he had become completely absorbed in the palette available for symphonic music, and he hopes that he has not fallen victim to new balance issues. Although rehearsals had not yet begun as of press time, the score suggests that he has done very well.

For the N.J.E. competition, David Hertzberg had submitted a very striking piece for high soprano and orchestra, but Nico Athens (B.M. ’10, composition), who wrote for the ensemble three years ago, advised him that for this piece he needed to seek a different approach. Hertzberg, who had become fascinated by the colorful, kaleidoscopic orchestrations of Jean Sibelius, hoped to capture that quality, rather than orchestral mass, for the N.J.E. project. As his new piece was evolving, he asked permission to add harmonium, which of course surpassed the limits of our agreed scoring. I responded that I did not think Juilliard has an instrument, that decent instruments are very rare, and that its use could put the piece out of the reach of professional groups, but promised to inquire. Joanna Trebelhorn, the director of orchestral and ensemble operations, confirmed that getting a good harmonium is very difficult—but revealed that we have a superb one in excellent condition that she had long wished someone would use! Ecstatic after trying it, Hertzberg gave it a prominent role in his piece, which he named femminina, oscura. Now that I have the score, it is impossible to imagine the piece without the harmonium. He knows, however, that it may require an electronic substitute in the future.

Because Luca Lombardi was traveling he could not provide a comment, but his program notes to the 1974 and 2012 pieces on this program indicate that despite the huge stylistic change over nearly four decades, he always had as his primary goal complete transparency and lack of decoration. Laura Schwendinger tried to write less for a large chamber group and more for the “grandeur of a little orchestra,” she told me in an e-mail. “The beauty of this ensemble is the balance between the delicacy of the size and the larger sound of the whole, almost an orchestra but very agile,” she added. “With this ensemble—something between a chamber group and an orchestra—one can move between the larger sound world of the sinfonietta and the delicacy of the chamber ensemble in ways that keep the ear fresh through contrasts. The idea of a sinfonietta led me to write something that fits into an almost absolute or ‘pure’ musical world. It’s not a revolutionary idea, but one that looks a little to the past, informed by a tradition including Mozart, Bach, and Debussy.”

Mohammed Fairouz told me that his works for large ensembles have all offered unique challenges, such as balancing solo voices and chorus with a large orchestra, or, in a piece for large wind ensemble, writing so that a clarinet section can be balanced against eight horns. While his N.J.E. piece, Mighty Triborough, is not his first one for chamber orchestra, the medium “contains unique challenges of economy on the one hand and creating a big sound when needed on the other,” he wrote. “All the useful doublings (think bassoon with cello) occur as spins on lines we learnt at school but more inventive colors are also called for. In Mighty Triborough I wanted to express rushes of water and the majesty of the structure of a great bridge. The orchestration falls somewhere between Die Moldau’s rushing strings and the imposing vertical columns of William Schuman’s George Washington Bridge, spiced up with my touches of human lyricism and vocal inner-voice writing. It’s easy to see why Mozart’s orchestrations are so clear in dividing the choirs of the orchestra; it’s almost a natural inclination when writing for a smaller orchestra.”

Ultimately the performances on April 12 will reveal the composers’ solutions. I am very confident that all the pieces will prove to be worthy additions to the growing sinfonietta repertory.