Thanks for the Memories

I’m still at the age where, whenever I come upon a milestone in life, I feel both young and old. Old because I’ve accomplished a life goal. Young because, as the song goes, I’ve got a lot of livin’ to do! For the past six years, I’ve been both an undergrad and grad student at Juilliard. On May 23, that all comes to an end. Six years. A quarter of my life. All at Juilliard. 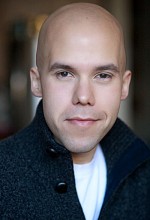 (Photo by J and J Photography)

I remember my first days at school—feeling like obviously the School had made some sort of mistake by letting me in. I had no clue what Alexander Technique was or why I should take it. What was a Roman numeral analysis? And everywhere I went, people kept asking me if I came from a magical place known as “Interlochen.” Slowly but surely, Juilliard started to feel like home—in fact, at some points, a little too much like home. (Apparently, turning a fourth-floor practice room into a studio apartment is a no-no.)

As much as Juilliard was growing on me, New York City was not. For the first five years or so, if anyone had asked me how I liked living in New York, I would’ve come up with some generic answer about it being exciting and a great experience. But the truth was, I wanted to be back in the Pacific Northwest in the great city of Seattle. Then something strange happened. As the likelihood of leaving New York this year became greater, I grew attached to the city. Suddenly, all the “slightly charming” activities I did became spectacular and one-of-a-kind. The Metropolitan Opera. Central Park. Big Nick’s.

So before I take my curtain call, I wanted to say thanks. First, to my fellow students, who taught me just as much as the teachers did. You challenged me, laughed with me, and showed me what it’s like to be an artist. That’s not specific to vocalists, either. I’ll never forget going to dance performances and the fourth-year drama plays, and being mesmerized by the talent of people who had sat next to me in Humanities. Thank you to my teachers, who opened my mind and gave me knowledge. I want specifically to thank Martin Verdrager for showing me what excellence in teaching truly is. (By the way, everyone should take Philip Lasser’s “Music in Context” course. I personally think it’s the best class at Juilliard.) And finally, thank you to the staff that has made the past six years so much easier by lending either an ear or a hand whenever needed.

The future holds many exciting and challenging endeavors, hopefully. And of course, there is that wonderful and scary feeling of not being a student. No longer can I blame my faults and shortcomings on the fact that I’m still in school. From now on, I’ll have to suck it up and do what the rest of the world does: blame my co-workers. (I kid … sort of.)

Recently, I remarked to a friend how the end of my time at Juilliard felt like the end of a really great TV series. After calling me a geek, she replied that the next phase of my life should feel like a great spin-off. “You’re just like Frasier! You’re even moving to Seattle!” Then, when I asked if she was going to spell out “goodbye” in big stones à la the finale of MASH, I was met with a blank stare. Apparently, not everyone is as big a MASH fan as I am.

It’s been a wonderful ride. I’ll see you when I see you.