Which political or economic issue are you most concerned with? Student Cartoonists on the Election
Students, staff, and faculty talk politics
A Plague on Both Their Houses: Self-Deception in Politics
Dreaming of Formative Political Talk
Juilliard: Takers, Not Makers? 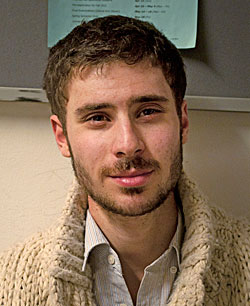 The nuclear threat from Iran and North Korea. It’s terrifying to think that there’s a power out there with the capacity to be a serious threat.
Tom Datnow, third-year actor People don’t focus on issues or how policies about them would end up working—it’s just bipartisanship.
Eric Silberger, first-year master’s violinist 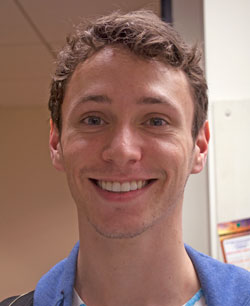 The education system: it’s a dysfunctional bureaucracy where nothing can get through. Teachers’ unions won’t allow the removal of bad teachers, and to have good education, we need to have better teachers. There needs to a reformation within the entire system.
John Harnage, second-year dancer 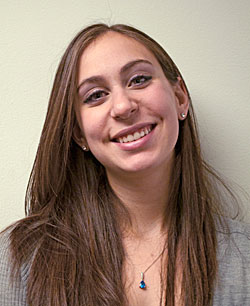 I’m concerned about the declining job market in the nation and how that will affect the stimuli in the economy.
Elizabeth Stutphen, fourth-year singer We’ve been at an impasse for so long in government, especially with split-down-the-middle Congresses, and this election has the potential to develop a conversation about the dynamic shift in American society.
Max Woertendyke, first-year actor The regulation of the economy by the government. The banks, mortgage lenders—those entities that manage our money and got us into the mess that we’re in—aren’t being held accountable.
Sam Lilja, third-year actor

What is one essential item that every Juilliard student needs?
Has your outlook on the performing arts industry changed since you started studying at Juilliard?
What are you wishing for this holiday season?