Who or what was the first significant influence on your path to becoming a performing artist? I was assigned Frederic Chopin for a fourth grade-music class project and immediately fell in love with his music. After school that day, I went home and listened to the “Minute Waltz” over and over again on a Clavinova until I could play it by ear. My dad told me that if I performed it for the school talent show, he would buy me a piano bench, so I did.
Michael Hey, Second-Year Master’s Organist My parents. Being the daughter of a dance teacher and a folk musician, the performing arts have been part of my life since before day one!
Tegen Davidge, Second-Year Master’s Violist When I started taking ballet as part of my extracurricular dance classes, I became fascinated by my new ability to fall in and out of classical shapes while dancing contemporary choreography, and I became eager to meet the challenges of form and line inherent in ballet.
Victor Lozano, Second-Year Dancer 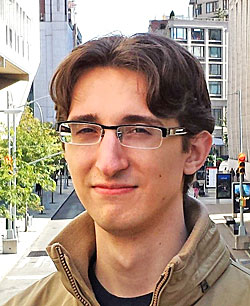 I knew that I wanted to become a professional musician after seeing Yo-Yo Ma (Pre-College, ’71; Professional Studies ’72, cello) perform the Dvořák Cello Concerto with the Milwaukee Symphony Orchestra when I was 10. I had only been playing the cello for about a year. Even so, I knew exactly what I wanted to do with my life.
Taylor Skiff, First-Year Master’s Cellist 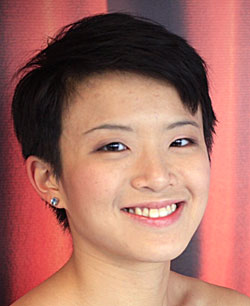 Nancy Loo (B.M. ’69, M.M. ’71, piano), a classical music radio host and renowned pianist in Hong Kong who later became my piano teacher, was my first significant influence. I would call her show to answer questions so that I could get complimentary concert tickets. Her enthusiasm and passion for music are incredibly contagious and have inspired me to share music with others.
Ivy Wong, Second-Year Master’s Bassist When I was young, my sister and I used to put on mock church sermons in our house. Growing up in the church and hearing sermons revealed to me the power of words and really inspired me to express myself through speech as an art.
Brandon Hall, Third-Year Actor 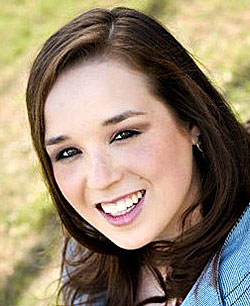 In middle-school band I had a very passionate teacher who inspired me to pursue jazz music. Once I got bit by the bug, I never looked back!
Jordan Pettay, Second-Year Master’s Jazz Saxist

Victory, Chaos, and the Marathon Mindset
If you were elected mayor of New York City, what would your priorities be?