There is never a question about whether a female college student should pay less tuition than a male. The costs for tuition, room and board, and miscellaneous fees are the same for everyone: woman, man, Hispanic, African-American, Asian, disabled, etc. Equal tuition and equal education: all as it should be. Beyond that, the ability to land a good job, have a decent home, and live in a world where all children will have the same opportunities for education and work are basic needs and goals. 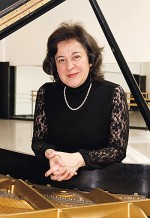 Unfortunately, though, almost 50 years after the passage of the Equal Pay Act, women still do not earn the same amount as men—the median full-time salary of women in the U.S. is only 77 percent of that of men (the figures are even worse for women of color)—even people with the same education, the same degrees, and the same level of competence. And “women are largely being left out of the current slow economic recovery,” according to an article posted by the Leadership Conference on Civil and Human Rights. The article went on to quote the following statistic from the National Women’s Law Center: “only 13.8 percent of the jobs added to the economy between January 2010 and March 2011 went to women.” What can women do? It is almost inconceivable in these times of progressive thinking that we are still even discussing this subject.

The Leadership Conference’s article was posted in part in response to the defeat in the Senate of the Paycheck Fairness Act (which basically calls for equal pay for equal work) a year ago. Passage of the bill, which had been approved by the House, was defeated for procedural reasons that meant its merits were not even discussed in the Senate. But the three women who voted against it and the fourth who abstained—that is, all the Republican women in the Senate—do not get paid less than male senators. I would like to think that equality exists in the House. Bumper-sticker wisdom has it that “A woman’s place is in the House, and also in the Senate.” Let us hope this bill, which has been reintroduced in both houses—though it’s unclear whether it will be pushed through this year—finally passes.

On a more positive note, even though we are not completely there yet in terms of equality, many things have improved for women, and it is reassuring to see that this subject is being brought up in the media with greater frequency. Just recently for the first time a woman took over the International Monetary Fund, and around the globe more women are becoming presidents.

However, much has to be done to bring attention to the inequality that still persists. And while equal pay remains a big issue, equal opportunity is also a problem. For example, here at Juilliard, while there are more women than men teaching in the Drama and Dance divisions, I’m perplexed that overall, there are twice as many men as women on Juilliard’s College Division faculty. And in some of the music departments, the representation of women is minimal indeed.

Although I am honored to be an alumna and also a part-time member of the faculty of the Evening Division, I would like to see a more diverse and inclusive faculty at Juilliard, one that is enhanced by many more notable women. We do not lack talented and competent women, but we do lack the awareness and forward thinking necessary to eradicate this prejudice. I would like to see Juilliard take the lead and establish itself as a role model for equality in hiring among music schools.

Promoting Our Own Composers at Juilliard