When the Campaign for Juilliard was officially launched in 1999 with a goal of $100 million, it represented the most ambitious fund-raising effort ever undertaken by an American conservatory. After two further expansions of that goal—first to $150 million in 2001, and then to $300 million in 2005, when the initiative was renamed the Juilliard Second Century Fund—the Campaign has literally transformed the School. Upon successful completion of this epic endeavor in 2009, it will have raised more than $89 million in new scholarship endowment, increased faculty assistance by $28 million, bolstered program endowments by $41 million, and will have helped support the School through its stunning expansion and renovation of the Juilliard building. 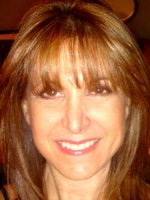 Thanks to the extraordinary generosity of more than 1,000 donors, Juilliard has raised an impressive sum of approximately $255 million over the past eight years. With just under two years remaining to raise the remaining funds needed to reach the Second Century Fund’s goal by 2009, Juilliard has been fortunate to receive three substantial new gifts during the past few months, which have helped build momentum for this final phase of the campaign.

In recognition of a generous gift from the Edward John Noble Foundation, Juilliard will be pleased to name its main lobby, currently under renovation, the June Noble Larkin Lobby. The foundation’s previous gift to the Campaign for Juilliard was used to establish the multifaceted June Noble Larkin Program for the Humanities. Ms. Larkin, who is chair emeritus of the foundation, has been an exceptionally generous and dedicated member of Juilliard’s board of trustees since 1974, and was the first woman to serve as the School’s chairman, from 1985 to 1994. The fully renovated, plaza-level June Noble Larkin Lobby will play an essential role in Lincoln Center’s transformation of 65th Street between Broadway and Amsterdam into a pedestrian-friendly “Street of the Arts.”

Juilliard has also recently received a significant commitment to the Second Century Fund from the Stephanie and Carter McClelland Foundation. In recognition of the magnitude of the gift and Ms. McClelland’s special support for the School’s Drama Division, Juilliard has renamed its main space for drama productions as the Stephanie P. McClelland Drama Theater. Ms. McClelland is well known to New Yorkers as a four-time Tony Award-winning producer of numerous Broadway shows, many of which have featured alumni of the Juilliard Drama Division. Among her Broadway credits are Cyrano de Bergerac, Journey’s End, Spamalot, The Color Purple, The Drowsy Chaperone, The History Boys, Coram Boy, Inherit the Wind, Butley, and Glengarry Glen Ross. Ms. McClelland has been a dedicated member of Juilliard’s board of trustees since 1997. She and her husband also made a significant previous leadership gift to the Campaign for Juilliard in 1998, and in 2005-06 were designated as the Centennial Patrons of the Drama Division.

In December, Juilliard received a major gift to the Second Century Fund from an anonymous Canadian donor. The gift is the donor’s first to Juilliard, and will be directed towards the general purposes of the campaign and the scholarship endowment. An admirer of Juilliard faculty member Adele Marcus (1906-1995), the donor has dedicated a portion of her gift to create the Adele Marcus Piano Scholarship at Juilliard. She has also made a very generous provision for Juilliard in her estate plans.

The Juilliard community offers its profound appreciation to these and all of the other loyal supporters who have made its campaign such a success to date. In addition to the spaces mentioned above, Juilliard has named a number of areas to be created or renovated as part of its redevelopment project. These include the Irene Diamond Building (comprising the new wing in its entirety), the Peter Jay Sharp Theater (formerly the Juilliard Theater), the Rosemary and Meredith Willson Theater, the Glorya Kaufman Dance Studio, the Morse Student Lounge, the Sidney R. Knafel Admissions Suite, and the Janet and Leonard Kramer Box Office.

With the Juilliard Second Century Fund scheduled to conclude in September 2009, the simultaneous completion of Juilliard’s magnificent building expansion and renovation project will represent a fitting and dramatic culmination of this unprecedented undertaking.