Nadia Sirota (B.M. ’04, M.M. ’06, viola) comes from a musical family that lends itself well to her love of new music. Her father is composer Robert Sirota (Pre-College ’67), who was director of the Peabody Institute from the time she was 13 until he became the president of the Manhattan School of Music, a post he held from 2005 to 2012. Her brother, Jonah Sirota (Pre-College ’94; M.M. ’00, viola, Artist Diploma ’05, resident quartet) is the violist with the Chiara Quartet. 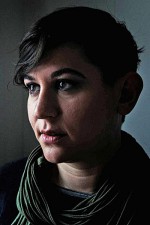 At Juilliard, Nadia carved out new-music opportunities for herself and students of the future by co-founding Axiom, initiating the Castleman/Amory/Huang studio’s New Music Project, and creating the Juilliard Plays Juilliard program. Since graduation, Sirota has continued this trend and become one of New York’s biggest new-music fiends. In addition to the ensembles she’s founded or co-founded, she is a regular guest with such groups as the Meredith Monk Ensemble, Alarm Will Sound, and Continuum.

Sirota’s debut album, First Things First (New Amsterdam Records), was a New York Times 2009 record of the year, and she can also be heard on recent albums by Grizzly Bear, Jonsi, the National, Ratatat, Doveman, My Brightest Diamond, and Arcade Fire’s Grammy-winning The Suburbs. Last month, Sirota’s second album, Baroque, was released on the Bedroom Community Label and features five new pieces that were written for her. Journal editorial assistant Molly Yeh (B.M. ’11, percussion) spoke with her recently.

You have this D.I.Y. approach to new music: you created a ton of opportunities for new music at Juilliard and then helped form ensembles like yMusic and ACME (American Contemporary Music Ensemble). Where does this drive come from?

From before I was born people have been claiming that classical music was dying and the symphony orchestra is a decaying structure and all this shit. And I think that, like most people in my generation, we just don’t care about those feelings. It comes down to if you’re complaining about it you’re not fixing it so the idea really is to fix it. I’ve been driven to create opportunities because I believe that the music being written now is amazing and I think it can be appealing to a wide swath of potential audience members. I actually think that it’s probably easier to get into classical music via music that’s being written right now than it is to start with historical music and move forward. For the uninitiated I find it’s easier to say, “O.K., you guys like Arcade Fire? You know this violinist composer guy who’s done arranging for them, Owen Pallett? Check out his stuff. He’s worked with Nico Muhly (M.M. ’04, composition), check out his stuff. Nico likes Stravinsky, check out his stuff.”

Have you ever seen this idea at work?

I had an epiphany in 2006 at the Iceland Airwaves festival where I played a piece that Nico had written for me, Keep in Touch. Airwaves is not strictly a rock festival but it’s definitely not a classical festival and the performance was in a smoky, smelly room with a standing crowd and they were completely silent for a 14-minute long viola sonata and then they were so into it afterwards. And I thought, they didn’t care that I call that classical music, they just really enjoyed the experience. And that was the moment when I decided that there’s a whole massively intelligent group of very critical listeners out there who are not listening to classical music because they haven’t had the right pathway laid out for them. So I’m attempting to give people an in.

What were some of the entrepreneurial challenges you faced in starting ACME and yMusic?

The issue is always dream versus reality. The dream is to get everything out there you care about. You want the performances to be excellent, you want to make sure everyone has enough rehearsal time and the reality is that everything costs money and you need to make a profit and those things can be frustrating, especially at the beginning. I found that for a long time, at least five years, the stuff that I cared about most was the stuff that I ended up paying for out of pocket and the stuff that I cared about least paid the bills from month to month. Slowly that is changing. I would say the most difficult thing about this entire business is keeping the bills paid while you’re performing the unbelievable unlucrative dream stuff. But I am finding that those balances are turning in a really nice way. It’s not where I want it to be yet but I’m not playing weddings for example anymore. And sometimes you have to play weddings for a while to get your solo album out there.

Tell us about your new album.

The production is different. I had the luxury of working without a strict time plan [a year and a half] in Iceland, where a lot of my friends work. I kept on going up there to work on their projects, and one day Valgeir Siggurdson, who ended up co-producing this album, was like, “the studio is free today if you want to do something with Paul [Evans].” So I started recording in a haphazard way, and when things started to coalesce and become album-shaped what was cool was that we could really work on the production of things.

We took the sound through a weird ribbon microphone in the center of a room. I find that the electronics sound really human. It’s not about getting the perfect spliced-together performance, it’s about capturing the way that, if you do make a weird sound, you would recover from that and rework the phrase around that.

What is your process like for working with composers on new music?

Usually I am at a bar imbibing with them and I say, “you should totally write me a piece.” That’s the fun answer. The more practical one is it really depends on the composer, how the process works. There are some composers that deliver fully fleshed out, finished pieces that they could have written for anybody. There are composers that have heard me perform a lot and that really write music that they think I can express really well and those situations are a little more collaborative in terms of fine tuning the piece. And then there are composers who are way more collaborative. I’m open to anything so long as I think the music is good.

Do you write music?

No. I’m not good at writing music, but there needs to be someone to do that job of translation and I’m good at that.