This winter, two former members of Juilliard’s faculty died within a few weeks of each other: Gordon Hardy and Hugh Aitken. There was a period during which the two taught the first two levels of Juilliard’s music theory course: Literature and Materials of Music (L&M) I and II. After reading their obituaries in the February Journal, Louis Nagel (B.M. ’64, M.S. ’66, D.M.A. ’73, piano), was inspired to reminiscence about them; an excerpt appears here. 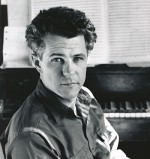 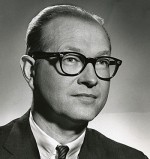 I was admitted to Juilliard in 1960. There was some discussion as to my L&M placement as I seemed to straddle the line between first- and second-year levels. I would like to say “wisely” but perhaps motivated more by “fear,” I decided to enter in L&M I, and was placed in Mr. Hardy’s class. It turned out to be a fortuitous placement: he was an effective teacher, kind, caring, and sensitive to me as an individual.

I once asked Mr. Hardy, “what is that chord that sounds like a dominant seventh but does not resolve like one?” He replied as matter-of-factly as if I were asking him for the time, “Oh, that is called an augmented sixth chord.” And that is how I learned about that chord that occupies a fairly significant chunk of more advanced harmonic study. So, when I arrived at Mr. Aitken’s doorstep the following year, for L&M II, I felt pretty comfortable in my knowledge about that chord as well as the Neapolitan, which we had learned about in L&M I. Mr. Aitken was very different from Mr. Hardy. He demanded perfection and gave heavy assignments. He expected us to know everything he spoke about and be able to discuss it both verbally and in writing. He once gave our class an objective exam of 100 questions. The top grade, if you got a perfect score, was a C. Missing one or two questions failed you. Draconian though it seems, his reasoning was simple: “This is the knowledge an average musician ought to have. Why would having an average amount of knowledge merit a grade higher than a C?

I was a teaching assistant for Mr. Aitken while doing my doctoral work. One of my assignments was to present an explanation of the augmented sixth chord to the class, and he would critique my presentation. I must admit I was nervous and pulled an all-nighter consulting theory books and harmonic examples and preparing a very scholarly (I thought) analysis of this chord. I got in front of the class, shaky, and went through my spiel. The class, I imagine, sort of nodded acquiescently—they probably could have cared less the way I was doing it. When I finished, Mr. Aitken looked at me and said “Nagel” (he was not much for first names) “why didn’t you just say that this is a chord that sounds like a dominant seventh but resolves out instead of in, and then sit down?” And Gordon Hardy’s direct answer to my augmented-sixth question rang in my ears as I thought about that.

Both these teachers left a profound impression upon me though our contact ceased after I left Juilliard. What each gave me is as much part of my musical thinking as any literature or other teaching I have experienced. They were great forces in my life and I am sorry to learn of their passing.