Richard Kogan: Music and the Mind

Dr. Richard Kogan has unique advantage when speaking of the relationship between music and the mind. 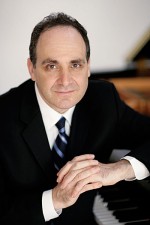 His music training began at age 5 with piano lessons with his mother and continued in the Juilliard Pre-College (’73) in cello and piano. He completed a double major in music and pre-medicine at Harvard, and his fascination with the complexity of the human mind and creativity ultimately led him to study psychiatry at Harvard Medical School.

Parallel tracks as a pianist and psychiatrist would characterize the following 20 years of Dr. Kogan’s career until 10 years ago, when he was asked to present a symposium on musical creativity and mental illness at the American Psychiatric Association. In preparation for the symposium, he studied detailed biographies of composers he had played all of his life, such as Beethoven, Schumann, Mozart, and Tchaikovsky, and discovered that many of them had experienced symptoms and syndromes that were similar to those of patients he had treated. He also recognized the enormous influence their illnesses had on their work and conversely the positive effects music had on their mental health. For example, Schumann’s bursts of creativity seemed to coincide with hypomanic episodes, characterized by sharpened imagination, increased energy, and decreased need for sleep, whereas when he was depressed, he almost never composed.

“We would say [today] that he suffered from bipolar disorder or manic-depressive illness,” Dr. Kogan, 54, said in a recent interview. “Some of the most distinctive characteristics of his music, like the rapid oscillations and abrupt transitions, seemed to emerge naturally from the composer’s mood swings. Tchaikovsky, who faced ongoing depression and used alcohol to blunt his emotional pain, once said, ‘Without music, I would go insane.’ Beethoven demonstrated mood volatility, persecutory delusions, and suicidal ideation but showed a remarkable psychological resilience in transcending the trauma of his deafness through his decision to fulfill his artistic destiny.”

Dr. Kogan’s initial symposium led to a steadily growing number of engagements worldwide. He now gives performance-lectures regularly at a wide variety of venues from music festivals to medical centers to, in January 2009, the World Economic Forum, demonstrating the relationship between mental illness and music through the lives and music of the great composers. On February 17, he will give a performance-lecture at Juilliard as part of the School’s Literature and Materials of Music Visiting Artist Program.

Presenting to the medical community gives Dr. Kogan a unique opportunity to communicate the complexity of a situation such as Schumann’s and to raise questions about treatment and the potential for unintended consequences. Would he use lithium to stabilize the mood swings of Schumann if he could go back in time? Would we have the Symphony “Pathétique” had Tchaikovsky been treated effectively with antidepressants? It is impossible to know definitively, he said, but imperative to ask the question and to always consider potential consequences. These composers’ creative activity clearly served as a powerful coping mechanism in the absence of modern psychotropic medications.

Dr. Kogan has found enormous interest in different parts of the world where people are looking to use music for healing. “I have performed in medical centers all over the world that are attempting to establish humanities in medicine programs, recognizing that as medicine becomes more technologically driven, the humanistic elements such as music in healing are more important than they ever were,” he said. “Though they are [now] largely separate domains … I feel a pull to break down the barrier between them and bring these fields that were together during ancient times together in the future.” He sees the ongoing research on the physiological effects of music as a precursor to a shift in the medical world where, with a solid basis for methodology, we will see a substantial growth in the use of music therapy. “When all of the research is done, when we scientifically confirm what we intuitively know, I believe there’s going to be an explosion in the use of music as a standard part of [healing],” he said.

Healing is undoubtedly his central goal. In addition to maintaining a psychiatric practice and giving performance-lectures, Dr. Kogan serves as co-director of the Human Sexuality program at Weill Cornell Medical School and co-chairman of Weill Cornell’s Music and Medicine Initiative. And it is abundantly clear in speaking with him that it is all for the purpose of fostering holistic health in the broadest and most humanistic sense. “It is a wide open field, and I just want to be part of shaping this as we go forward,” he said. When treating his patients or speaking on mental illness and creativity, Dr. Kogan seeks to convey the healing power of living a creative life—in whatever form that takes. When playing the music of composers such as Schumann, he has in his ears the life that was lived, the genius as well as the illness that was present in the creation of the works that continue to heal us today.

Q&A With Joan Brill
Matt Herskowitz: The Frontiers of Fusion